Bottas had done all the hard work on Saturday by taking 2nd, but ruined it with a crash at the Hungary race 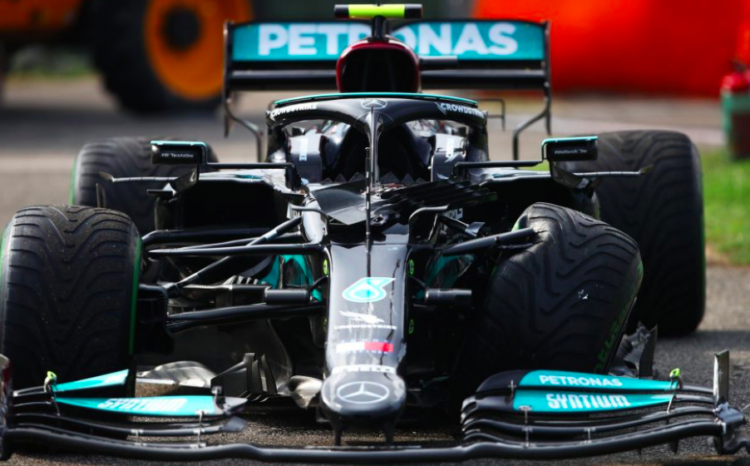 27
Load More
For a driver who’s often called Lewis Hamilton’s wingman and on other occasions, a brilliant teammate who believes in playing it fair and to the rules, the 2021 Hungarian GP was anything but a great race for the Finn. So far, from the eleven races held thus far in the 2021 championship, the Nastola-born Finnish talent has earned no fewer than six separate podiums. With promising drives at Bahrain, Spain, and the solid podium finishes at the two rounds held in Austria, Valtteri Bottas has demonstrated some fine consistency. Consistent drives despite DNFs this season What’s missing from his race craft and drives this season are race wins, something he’d know as would fans across the globe, are very vital for the Finn’s 2022 future at Mercedes, if it so happens that the team decide to retain him. What Bottas wants are consistent victories, what he certainly didn’t are moments like the opening lap fiasco at the 2021 Hungarian GP, which caused a mayhem on the grid, suspending the Hungarian race into a red-flag session. After he found himself surpassed by Verstappen, for second, Bottas, who broke way too late in the run down to turn 1, a sharp right hander, prompted a series of clashes. Fiasco caused by Bottas He’d first contact the rear of Lando Norris’s McLaren, which would be pushed hard to ram into Max Verstappen’s Red Bull. While Max was lucky that he didn’t race-retire at that point in time, Bottas, the mayhem-maker not so much, who would earn an unwanted DNF. At the same time, Pierre Gasly too suffered damage and slid to the side of the track, away from the grid. Though, a single needless fault would prompt a series of unwanted episodes that first led to Leclerc retiring and then later, Norris retiring his McLaren. Penalty, as expected! Accidents can occur at the heat of the moment and often, out of sheer pressure, but none can evade the scrupulous eye of the FIA stewards, who have now reached a conclusion regarding Valtteri Bottas’ lap 1 shenanigans that compromised the race of several other drivers. What’s going to happen now? Apparently, Valtteri Bottas has been handed a five-place grid drop for the next round at the Belgium Grand Prix, held each year at the picturesque Spa-Francorchamps. This means that after having sustained a horrid run at Hungary, where he DNF’d, much like Stroll, Norris, Leclerc, Perez, and Mazepin,( though not causing the Russian’s retirement), Valtteri Bottas’s upcoming Grand Prix has already been comprised even before he arrives at the next daunting racing venue. Here’s how the 31-year-old Finn explained his disastrous Hungarian GP drive, “I had a poor start,” Wheelspin off the line, and lost places, and then braking into first corner I was right in the gearbox of Lando and I just locked the wheels. So probably being that close didn’t calculate quite right the braking point, locked two wheels, hit him, and then it was a mess.” So far, Bottas also suffered the undesirable non finish on two other occasions, including Monaco and Imola, with the Hungaroring marking a third DNF in 2021. This is when there are 10 more races to go!
Tags: BottasHungarian GP
Share1Tweet1SendShareSend