All Rashid Khan needs to avenge the poor judgement of those who released him is a new outfit! 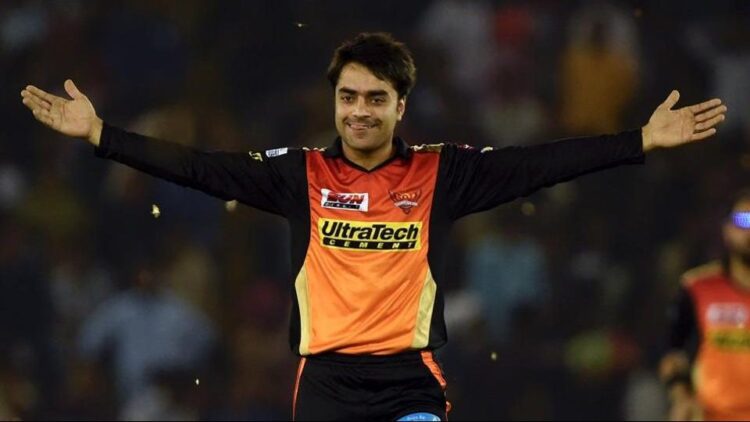 Devastation and surprise, it could be said, are two qualities of an Afghan cricketing prototype. More often than not, the bowlers- spinners mostly- will devastate a scoreboard; drain out batsmen, dry out their big hits, neutralise the northwardly strike rates and harm batsmen mentally. And second, their bowling style will, generally speaking, carry an element of mystery.

When you speak of mystery, you do think of either Mujeeb Ur Rahman and Rashid Khan or think of them both. But the way Karim Janat, a useful medium pacer conducted himself versus the Windies in 2019, stated clearly than ever before that it’s not just the spinners but the pacers too who carry the whiff of surprise for the batters.

His 5 for 11 against Pollard’s men at Lucknow during November 2019 was enough indication that a new force was joining the spinners toward accelerating Afghanistan’s penchant for wicket taking. And it wasn’t a spinner, but a medium fast bowler.

But the crown prince wearing that undecodable, unpickable air of mystery (and myth) about his capabilities still remains Rashid Khan, one whose rise to fame has become a popular household story in everyday Afghanistan. The man who for reasons best known to his former IPL employer, Sunrisers Hyderabad, was released for the 2022 season.

This is when just weeks ago, Rashid Khan, responsible for irritating the life out of batsmen by extracting from them one dot ball after another reached a milestone.

It’s a spinner’s version of doing a Brian Lara- by breaking the 400 figure. While the Prince of Trinidad chose cricket’s top flight to display his incredible appetite for run-scoring, world cricket’s most deceptive leg spinner chose the T20 world cup stage, and a big contest against New Zealand to ace a world record.

And yet, something’s not right and is clearly amiss as Sunrisers Hyderabad decided to let go off Rashid Khan, who could actually in 2022, target the Hyderabad franchise itself to roll his arm over in exuding customary Afghan scrupulousness.

All that Rashid Khan, 93 IPL wickets from 76 contests, needs is a launchpad to take his opponents head on.

Can that be either among the IPL’s latest teams that are yet to play their debut contest; Lucknow or Ahmedabad?

If so, then 2022 will double up the excitement in seeing Rashid Khan doing what he does best- letting his wickets downtalk batsmen, whilst his miserly spells continue to further paint a career that has, so often been decorated by bouquets of respect.

For someone who’s been contesting in the frenzied T20 league in India since 2017, Rashid Khan may have earned more in addition to stern faces of batsmen who can’t wait to see someone else replacing Khan from an end.

As for the rest, the best in the business can perhaps fire 1-2 sixes- at the most- against a bowler keen to ever fight back.

And fight back he certainly shall in the IPL 2022 to prove, both to detractors and doubters that by leaving the best in the business out in the cold carries no warmth. Not one bit.

What’ll be keen to spot in this forthcoming T20 adventure will be to note whether how far can the Afghan reach with his redoubtable spinning maze?