Despite his grid penalty, Hamilton rocked the sprint race to take 5, while Bottas clinched pole from Max! 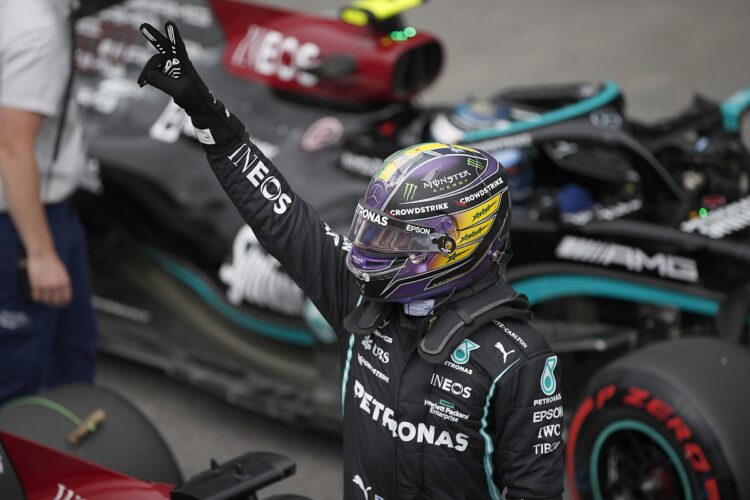 Among the questions that will strike Mercedes’ arch rivals Red Bull ahead of the Brazilian GP will include two, in particular, directed at the Wolff-led team’s hero Sir Lewis Hamilton.

First, how did Lewis manage a sensational result given his P5 despite beginning from the far end of the grid owing to the penalty in lines with the engine upgrade?

And second, what can Max Verstappen do to avoid defeat at Brazil should it come to that, given the likelihood of a belter of a race ahead at Interlagos can be sensed from Mercedes’ ballsy Saturday form?

Moreover, will Max also have to contend with Sainz’ charge, the noted Spanish driver exhibiting domineering form at the Sprint race here in Senna land?

Questions, there are many. But more than answers, at this time, what’s important is to reflect on adjectives. Rather accolades, most of which belong to the man currently second on the Driver Standings, the force vying for an eighth title- Sir Lewis  Hamilton.

No sooner had the Sprint race begin than Lewis Hamilton started displaying unfettered resoluteness in passing the cars out in his front.

While in the rear of the field was one man’s epic battle with cars ahead- the Haas’s and Williams’ and then, the Alfa Romeos, it wasn’t too bright or easy for maverick driver Max Verstappen in the front row.

Despite starting from P1, Verstappen found himself challenged by Bottas and then Sainz not long after the five red lights turned green.

Call it pressure, call in nerves at the start or call it what you may, but Verstappen’s bold idea of going on the outside in a bid to prevent the Ferrari from passing bombed.

Then Perez got into the act, Max at all these times finding himself gnawing at the lost opportunity of maintaining the sprint race lead.

What must be credited, though, is Valtteri Bottas’ busy Saturday run, the Finn wasting no time whatsoever to lunge into the lead and control the proceedings of the race.

Today, in what is clearly one of the most enticing grid line ups in the sport’s recent racing history, it’s one thing to take the lead of a race but something quite other to keep someone like a Max Verstappen at bay.

By ensuring that that’s precisely what would happen at Interlagos, Bottas’ Black Arrows #77 struck gold in the race giving a possible trailer of the real movie that could unfurl to box office anticipation on Sunday night.

Meanwhile, Raikkonen spun out minutes from the start and found his P13 compromised largely due to a tag received by Giovinazzi, an instance that the stewards called a racing incident.

George Russell, interestingly, found himself in the rear of teammate Nicholas Latifi, the Canadian beating the famous Briton for the first time ever regardless of whether in a quali sprint or qualifying run in all of 2021.

But at all this time where the likes to a Ferrari and McLaren appeared gung ho for a tussle with Max’s Red Bull, there was gripping action taking place further down the grid.

Despite being the fastest in Q3, Lewis Hamilton didn’t get the front row start he so would’ve liked for Brazilian Grand Prix due to the grid penalty. Not that it did little to dissuade the defending world champion’s epic sprint run; Hamilton finding himself up into tenth by as early as lap 7.

With Russell, Kimi and Stroll having slipped further down below, there was hardly a question that the trinity could pose at Lewis.

Hamilton then would target Leclerc, the Monegasque beginning his sprint run from seventh on the grid.

Implicit in Lewis’ marauding charge at Brazil’s mini race was his late move on Norris, one executed with absolute precision right before the battling duo approaching a sharp left hander.

Until such time, Valtteri Bottas had done well enough to hold onto his lead denying Verstappen of all drivers any opportunity whatsoever at clawing back to the track position.

A performance so brave that suggesting Red Bull seem due for quite a challenging contest unless the Mercs blow it all, won’t be a fool’s errand.

Well, who knows? We know that the one who’ll keep his cool whilst pushing relentlessly, true for Valtteri and ditto for Max will more likely succeed. Let’s not suggest anything for in the bumpy ride of Formula 1, only the fool’s rush in. 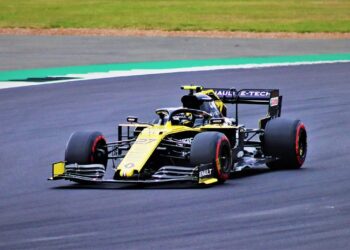