The Bahrain GP sees Max on Pole, not Mercedes. Could this be the curtain-raiser we've been waiting for? 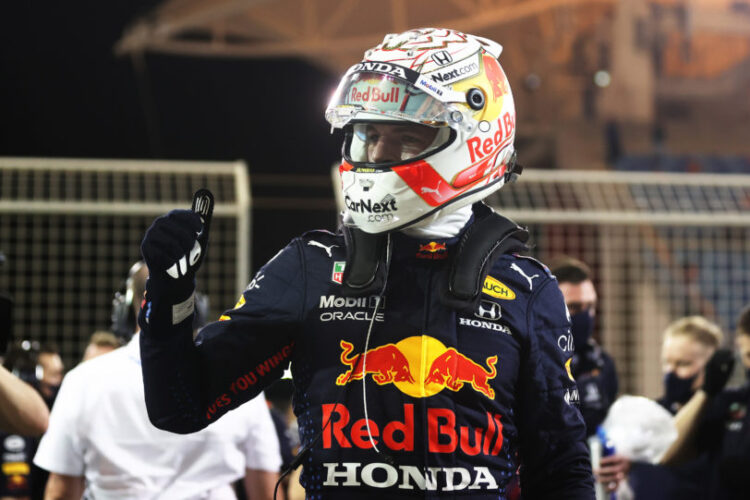 Perhaps it may not be an unjust thing to suggest that the same way an exhilarating sport expects its keen followers to be patient and accept whatever the sport offers, the fans too expect the sport to serve up constant thrills. But frankly speaking, the way things have transpired in the fastest-form of single-seater racing in the past half a decade, it can be said that what fans have witnessed is the constant outpour of a one-dimensional narrative, not necessarily nail-biting thrills.

One may call it the dominant surge of Mercedes, inarguably speaking the best team in the sport or a level of consistency that’s made Formula 1 rather predictable, but there’s hardly a surprise when a race-weekend passes by without a Mercedes win.

Last year, a season truncated by the COVID 19 pandemic saw the ebullient front-row winners and record-smashers clinch thirteen in seventeen wins. This, one mustn’t forget, included six grand slams for the team, with a Mercedes driver taking pole, setting the fastest lap and clinching victory.

And where one speaks of the Bahrain Grand Prix of 2020, it wasn’t too surprising to note Sir Lewis Hamilton staking claim in two of the biggest draws that race weekend out of three- including the battle for the pole position and the race victory.

This year however, thanks to a weekend checkered by splendid Red Bull pace (evident thus far), it appears that there’s finally a change in the pecking order, even as it may not exactly prompt many a smile among the Mercedes fans.

In a Saturday qualifying blitzed by Max Verstappen, who clinched a maiden pole here at the Sakhir, there finally emerged a driver who’s denied Mercedes the first blood.

And while it may certainly have numbed Mercedes fans, who measure in millions around the globe, it may no longer be rational to level Lewis Hamilton’s ascertainment of their 2021 car as a light-hearted remark.

For a while now, Hamilton and Mercedes initially sandbagging during the pre-season testing and the initial rounds of the free-practice have inspired hopes from those optimistic about a downturn in Mercedes fortunes. Alas, the end results have only fetched disappointment for those who parlay with clairvoyance.

Is a change on the cards this weekend?

“We are no longer the quickest car,” exclaimed Hamilton after witnessing Verstappen’s Red Bull sparkle the pre-season testing, the man clearly labeled the closest threat to his 2021 championship goals.

It’s no longer armchair speculation to suggest that Verstappen might be able to topple Hamilton’s reign; Hamilton himself has conceded that the Red Bulls are gunning for glory.

What could be better in that aspect to see an absolute gun-slinging battle between two of the fastest cars on the grid.

And while Max Verstappen converts his maiden pole at Bahrain into his first win at the venue is something that can only be revealed by the next few hours, a thing can be said for certain.

The Bulls are gunning for glory and their confidence will be sky-rockling having finally drawn level with the W12’s pace, having stacked the machine in the best-possible position from which to win the season-opener.

Moreover, a Verstappen win over Hamilton may perhaps be the best thing that the sport can offer, with all due respect to the all-time great British racing icon.

While it holds the power to renew one’s passion towards a sport that’s seen an intrepid inclination toward Mercedes wins, it will also replace the yawn-inducing repeat outcomes with vigor.

Forget not the fact that a defeat to Verstappen could well spur Lewis Hamilton to mount a roaring fightback in the subsequent races that could well throw the season into an out and out duel between two pace spearheads.

And did anyone tell you that no other driver other than Nico Rosberg (2nd in Bahrain GP qualifying 2016) has gone on to win the race starting from second on the grid (in well over past half a decade)?

For the 2021 Bahrain GP, Hamilton begins from second on the grid!