With Ronald Koeman trying to reshape Barcelona's midfield set up, Liverpool's Georginio Wijnaldum has been heavily linked with a move to the Camp Nou. 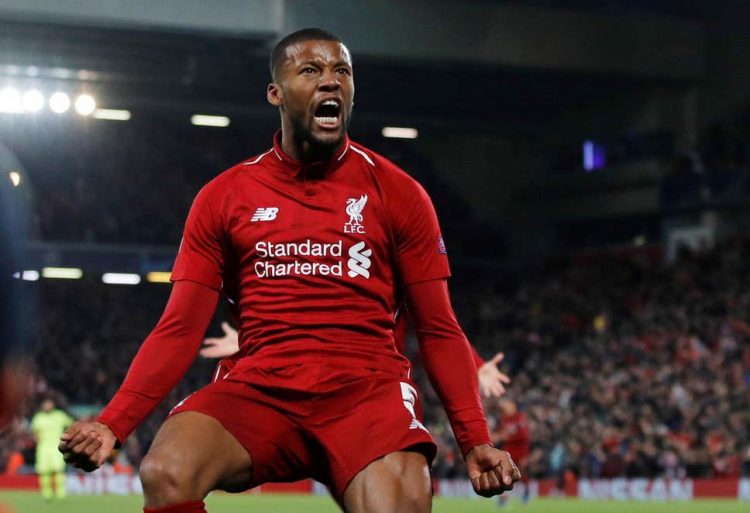 Will we see Georginio Wijnaldum in Barcelona colours next season?

Liverpool midfielder Georginio Wijnaldum has been heavily linked with a potential move to Barcelona since the appointment of the new coaching regime at the Catalan capital.

Wijnaldum, 29, has a year left in his Liverpool contract, and the Reds might want to cash in on the Dutchman to raise funds to bring Bayern Munich’s Thiago Alcantara to Anfield.

The Dutch international has been a huge part of Liverpool’s success story in recent years and is one of Jurgen Klopp’s most trusted troops in the Reds’ midfield set up.

Multiple reports in Spain have suggested that the versatile midfielder has agreed personal terms with the Catalan giants, and a three-year deal is on the table, with Barcelona trying to lure the midfielder for a potential fee of around €20m.

However, when asked to shed some light on his potential move to Barcelona ahead of the Netherlands’ UEFA Nations League clash against Poland, the 29-year-old gave very little away by stating it as a “rumour”.

So, with Barcelona trying to sign the Dutchman, let us see why Georginio Wijnaldum will be a perfect fit for the Catalan giants.

#3 Wijnaldum is a goalscoring midfielder

Known for his physicality and dynamism in the middle of the park, Wijnaldum has the habit of scoring important goals for both his club and country as he is blessed with the ability to arrive late in the penalty box.

Despite scoring different types of goals throughout his whole career, the Dutch international’s prowess up front has not been appreciated much.

In 500 odd matches so far in his club career, the workaholic midfielder has managed to find the back of the net on 116 occasions, alongside providing 56 assists.

If Barcelona manage to pull off the transfer, they will get an additional goalscoring midfield option in the form of Wijnaldum, who has often popped out of nowhere to score for every club he has played until now.

The primary reason why Barcelona have emerged as the next possible destination of Wijnaldum is because of their recently-recruited head coach, Ronald Koeman.

As per the recent reports, Koeman wants the Liverpool midfielder to play a pivotal role in Barcelona’s rebuilding process.

And the veteran manager could certainly bring the best out of his fellow countryman, given the fact that he has already worked closely with Wijnaldum during his recent stint as the Netherlands boss.

Under Koeman’s management, Wijnaldum was called up for 20 odd international fixtures and was the most used player in the 57-year-old’s set up.

The 29-year-old was even handed the captain’s arm-band against Estonia in the Netherlands’ last fixture under Koeman.

In recent years, Barcelona have missed a dynamic box-to-box midfielder who can contribute to both sides of the field, with or without the ball.

But in Wijnaldum, Barcelona can expect a versatile midfielder, who has mastered the art of playing high-octane football every time he steps onto the field.

After a slow start at Liverpool, Wijnaldum has proven time and time again that he is capable of playing anywhere in the midfield.

From starting in a central midfielder’s role to playing in more advanced roles, the Dutchman has added the extra bit of zip to Liverpool’s midfield set up.

Barcelona will benefit from the energy and dynamism that he would bring to the Camp Nou. Besides, Wijnaldum’s ability to press high up the field throughout the whole 90 minutes is another attribute that the Catalan giants could take advantage of if they could land the Liverpool star.

So, the arrival of Georginio Wijnaldum will certainly upgrade Barcelona’s midfield options as the 29-year-old possesses some unique attributes which very few have at this moment.

Also Read: Georginio Wijnaldum: To sell or not to sell is the question for Liverpool