Will next season be Lionel Messi’s ‘Last Dance’ at Barcelona?

Lionel Messi has reluctantly agreed to stay at Barcleona but will his last season at the club be a story of glory or will be it the tale of a bitter end? 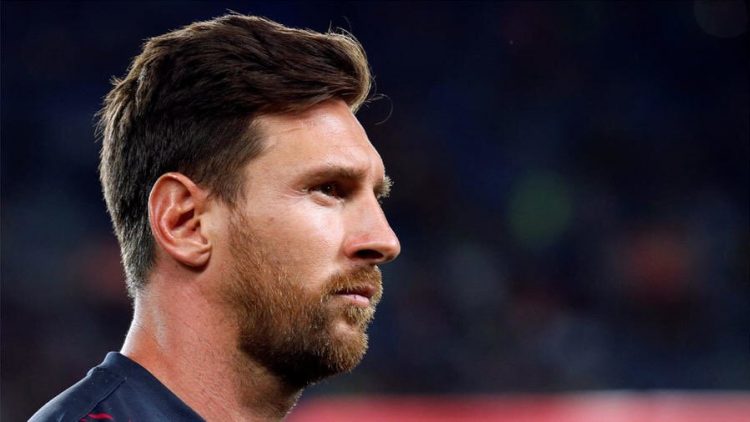 Lionel Messi's Last Dance at Barcelona or will it be a bitter end for him at the Nou Camp? (Image Credits: Twitter)

Lionel Messi will stay at Barcelona next season, albeit reluctantly. There were no smiles, no photo-ops and no reconciliation. He will stay but there is nothing about it that can be termed as a happy ending.

For now, Barcelona have averted the PR disaster of seeing their best player under acrimonious circumstances. But the 33-year-old has made sure that the victory for the club and their president Josep Maria Bartomeu was a hollow one.

The whole saga was not a power play from the Argentinian’s part of a game to earn another new contract – Lionel Messi wanted to leave and he is bitterly disappointed that he would not be able to.

He made it abundantly clear that he told the club numerous time he wanted to find the exit door at the end of last season. Barcelona have used a legal technicality to hold on to the maestro but there is definitely bitterness on both sides.

Messi reported for training for the first time with Barcelona ahead of the new campaign. Ronald Koeman will welcome him back into the fold and who wouldn’t want the best player in the plant in his squad.

But things would not be the same for sure as this is a player who publicly attempted to leave the club and made it abundantly clear the Barcelona acted in bad faith in forcing him to stay.

Lionel Messi has spent all his life at Barcelona but he could be in his final season at the club. The player is driven and professional enough to produce when he gets back on the pitch but the trick for the club is to make sure that the bitterness that exists between him and the Catalan giants do not spill into the new season.

Koeman has too much on his plate already, he could do without the Messi distraction clouding the 2020/21 campaign.

Will it be Lionel Messi and Barcelona’s ‘Last Dance’ or a season of acrimony?

Lionel Messi is the greatest player in Barcelona’s history and the Catalan giants with the 33-year-old is definitely better than without him. There were murmurs that some in the board would have preferred to sell him this summer in order to take out his €1m per week salary off their wage bill.

But Josep Maria Bartomeu didn’t want to be the Barcelona president who lost Messi and therefore, he dug in his heels and kept the player at the club.

But away from all the boardroom politics, Barcelona are still a football team who are expected to challenge for La Liga and the Champions League every season. Lionel Messi made it clear that years of mismanagement of the squad has left the team in a compromised position and he doesn’t believe that the club are in a place to fight for the big trophies.

The 33-year-old’s beef with the club hierarchy has parallels with the difficult relationship Michael Jordan had Chicago Bulls general manager Jerry Krause towards the end his time at the NBA franchise.

At the end of the 1997-98 season, the great Chicago Bulls were set to be broken up and as coach Phil Jackson said that it was the ‘Last Dance’ of one of the great basketball teams in history.

The Bulls won the NBA and Jordan retired at the end of the campaign. The Basketball legend was determined to leave the Bulls in a blaze of glory and pushed his team to go for greater heights in his last season with the franchise.

In his mind, this will be his last season at Barcelona for Lionel Messi. Whether a new president comes around in time to convince the player to continue at the club is just conjecture at the moment. Given how driven an individual the 33-year-old, he would like to go out on a high from the Nou Camp.

He is still the club captain and when he plays, Barcelona’s plans will be devised to accentuate his strengths, just like Jordan at Chicago Bulls. The others will need to come to the fore for Barcelona to succeed.

For all of Jordan’s brilliance, the Bulls had the brilliant Scottie Pippen and possibly one of the best defensive rebounders in NBA history in Dennis Rodman alongside him. Messi will need to supporting cast to step up next season.

For too long, the Argentine has been dragging Barcelona and for his ‘Last Dance’ to be a happy one, the likes of Antoine Griezmann and Philippe Coutinho, if he stays, to step up to the plate in the 2020-21 campaign.

Lionel Messi has the ability to drag Barcelona to the top honours next season if the squad as a whole do better than the previous year and he is driven enough to not let his standards drop on the pitch.

But will the bitter memories of the summer be wiped away in just a couple of weeks of pre-season training?

Ronald Koeman said that he only wanted players that wanted to stay at Barcelona and here we are Mr Koeman. Messi wanted to escape the Nou Camp and the Barcelona coach will not have to welcome him back to the fold. In a way, the club have already undermined the manager even before the campaign begins.

There is also a lingering feeling that Messi was not convinced about the Dutchman’s appointment and it was after the meeting with Koeman did he officially told Barcelona that he wanted to leave.

On the surface, not all is well between the Barcelona manager and their best player and they are now being forced to work together for one season at least. Messi was not happy about Quique Setien’s appointment as well and we all know what happened last season.

A rocky relationship between Koeman and Messi would likely affect results on the pitch and harmony of it. For good or bad, the Argentine is the most powerful voice inside Barcelona and the manager’s plans will need to make sure that they accentuate the 33-year-old strengths.

The reason Michael Jordan and Phil Jackson had their ‘Last Dance’ at Chicago Bulls is because of the strength of their relationship. For the moment, it doesn’t seem Lionel Messi and Ronald Koeman have a relationship, forget whether it is weak or strong.

Barcelona’s season depends on the Dutchman and the brilliant Argentine reading from the same hymn sheet. Right now, they look very out of tune.