Will Zlatan Ibrahimovic Hang Up His Boots Amid COVID-19 Pandemic? 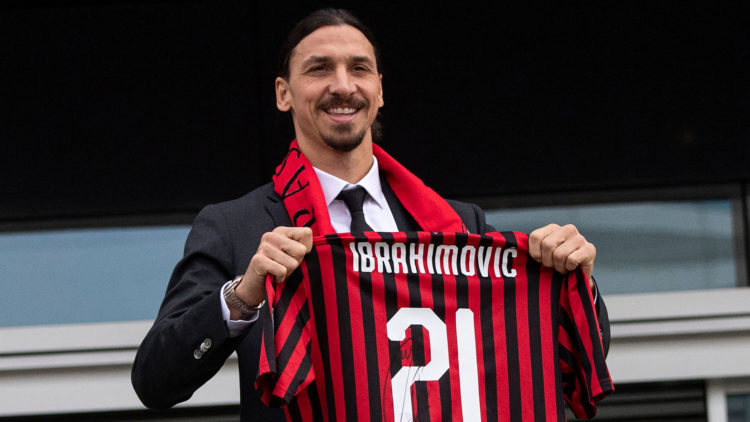 Some reports suggest that amid the Coronavirus outbreak, Swedish legend Zlatan Ibrahimovic could hang up his boots. In a recent interview, Zlatan mentioned how he was unsure about his future with the club and will most probably leave AC Milan at the end of the season.

The Coronavirus outbreak has changed the current scenarios and future stakes for everyone, and Zlatan is no exception with no idea where this outbreak will lead him.

Zlatan Ibrahimovic, 38, returned to his former club (AC Milan) in December and played just 10 games before the campaign was put to a halt due to the COVID 19 pandemic. In his 10 appearances for the club, Zlatan managed to net the ball 4 times.

He had returned to the club after spending some time away from the game and was ready to showcase his worth by returning to one of the top-tier clubs in Italy, but the pandemic has scripted a different story all along.

His contract with AC Milan will expire at the end of this season, and with the latest reports from UEFA to not cancel any European league, there are chances that the Italian fans will get to see Zlatan on the field again.

This will be great news, but if the pandemic gets more critical, there will be a few chances to cancel this season all-together and this may be the stop for Zlatan Ibrahimovic as he mentioned in the interview with The Goal.

Zlatan Ibrahimovic On His Future At AC Milan

As his contract with AC Milan expires this season, Zlatan himself is not sure how he would plan out what is ahead of him.

When an interviewer from The Goal asked him about the future on the field, he said, “I don’t know what I want because something new is happening every day and with the current situation, no one knows what will happen. Who could have predicted this Corona pandemic? I just want to try to live and enjoy life and not worry much about anything because this outbreak has changed the way I looked at life. I have a family to take care of and they feel so good when I am at home and this makes me feel good.”

The Coronavirus has hit Italy quite hard with more than 1,35,000 affected cases and around 17,000 deaths. When asked about him regarding the health status of the country, he said football could stop for some time because the health of the community had to come first.

“The virus started to spread to football and the whole training facility of the club was shut down. Tragically, football leagues have been suspended but we must respect the system and wait. There will be an end to all this. Health is above all sport and let’s see what happens.”

Zlatan Ibrahimovic’s celebrated career started quite early as he was a part of Malmo BL and FBK Balkan football clubs at a small age of 8, and there was no looking back for the striker. His senior career began when he moved from Malmo FF to Ajax in 2001 and developed a name for himself.

His arrival at Ajax announced the arrival of a beast in the world of football and in 74 games he played for Ajax, Ibrahimovic scored 35 goals, which was quite good for a 21-year old footballer at the start of his career.

Ibrahimovic was creating an aura and needed to move to a bigger club and Juventus seemed the best way out for him. His fate had something else in store for him and he couldn’t find his way at the club.

He then moved to Inter Milan and showcased his worth at the club as he managed to score 57 goals in 88 games. His time at Inter was quite good and then he made the biggest mistake of his life by shifting to Barcelona.

With players like Ronaldinho, Samuel Eto and Lionel Messi in the club, Zlatan wasn’t played much and in two years he lost his touch and had to move to AC Milan on a loan in 2011.

Zlatan was bought by AC Milan in the next season with a year’s contract and after performing extensively for AC, Zlatan went to PSG. His time at PSG lasted for 5 years, and he scored 113 goals to become a club legend. From there, he went to Manchester United to LA Galaxy and finally returned to AC Milan this year.

Zlatan’s inconsistency on the field and the inability to settle at one particular club are the main reasons why he is not on the top of leader boards. Due to some of these factors, the player hasn’t been awarded the FIFA Player of the Year, even though he was in the UEFA Team of the year in 2007, 2009, 2013 and 2014. He was named in the FIFA FIFPro World XI in 2013 and finished at a peak of fourth in the FIFA Ballon d’Or in 2013.

He has always loved the taste of victory and Luke Shaw, his teammate at Manchester United, nicely defined the meaning of victory for Zlatan in his statement, “He was mad. I think he is a born winner and wanted to win every game. Even in the little training games, if he didn’t win and you were on his team, he would kill you.”

Zlatan Ibrahimovic has been named the Sweden Player of the Year 11 times in his career and he won the FIFA Puskas award for the bicycle kick goal against England.

In a recent statement, the AC Milan Club officials said that Zlatan’s future will be up to him, how he feels and how long he wants to continue. Everything depends on the situations created and let’s hope the Coronavirus pandemic gets over.