Iconic F1 team now has new American owners, what does this mean for the Russell-Latifi outfit?

Change is the only constant in our lives. Just how often has one heard what is perhaps one of the many poignant truths, albeit veiled in something like a quote of the day? Change is often imminent. More so when viewed in the context of Formula 1, the most unpredictable sport around alongside Soccer.

For instance, none before the start of the 2020 season would’ve reckoned that Carlos Sainz Jr. would move to Ferrari? None would’ve thought that the Racing Points would give McLarens and Renaults a run for their money in both qualifying runs and where their Sunday form stands, then even on race-days.

So, when it came to Williams, the context of change wasn’t too entirely unexpected. Well, not when the team wasn’t really going anywhere, not moving north in the Constructor’s charts, not exactly setting the cash and revenue registers ringing.

Saying that tough days were pretty much a regular day out in the office for the Grove-based outfit, would be stating the norm.

And where the last two seasons are concerned, including what one’s come to sense in 2020, thus far, then it was always going to a matter of time before some big radical change were to strike one of the most iconic teams in all of Formula 1.

And so it’s arrived.

A glimmer of hope long-awaited by the team

In some ways, therefore, it might be argued that barring the brightest change on the Williams-galaxy being George Russell and his mighty fine talent, the only other big news is an entire change in team ownership.

With a key focus to generate long-term success for the iconic F1 team and to restore competitiveness for an outfit that’s become stranger to any, Dorilton Capital will define the trajectory for one of the sport’s most successful teams.

Of course, gone are the days where a Williams driver would bring back championship titles and podium finishes. The last driver to ever do so for the Oxfordshire-based camp being Canadian Lance Stroll, who courtesy a third at the 2017 Azerbaijan Grand Prix, became the last podium clincher for the team.

This, mind you, is an outfit that has against its name no fewer than 312 podium finishes at the top annals of the sport that culminated into 114 race victories. It’s also an outfit for which legends of the class and repute of Ayrton Senna, Nigel Mansell, Damon Hill, to name a few, have raced back in the day.

What changes can be expected?

Having said that, the much-needed infusion of funds and a much-stronger shot at garnering long-term success- ever the team’s ambition in the 2020s- can now be aimed and planned for with a little more cohesiveness that was perhaps lacking with the previous ownership.

And where the updates pertaining to the developing story matter, then it must be shared that no radical changes are being planned or seem anywhere in immediate sight.

For instance, sources connected to the team’s new owners suggest that neither will the team move out of its current, and long-standing base at Grove, in Oxfordshire (which has been the home for 40 years) nor will there be any rattling measures taken to slice out the current leadership.

Although, troubled and often lacking answers that may have ferried the team to a clear path that she may have seemed, it’s highly unlikely to expect anyone for that matter, to replace Williams’ team principal, Claire Williams.

She might not have overseen a successful transition of the team from being backmarkers every recent season into being a potential fighting force in the midfield, but Claire Williams must always be regarded for the infusion of bright young talents like George Russell.

Together with Nicholas Latifi, who’s gradually showing pace in qualifying even as he finds himself outperformed by Russell (every race), the team can now expect to get the support it so longed in the absence of resources and talent that perhaps only a greater financial pool was capable of assisting.

While surely, in some ways, evidencing an outside force take over what you’ve spent years building and nurturing can hurt in a way. But there’s nothing better than having fresh talent at your disposal and a robust support system that can help you reorganize yourself amid a climate of sweeping rule changes. 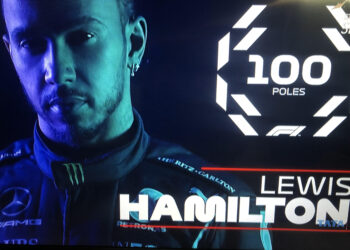