Wimbledon 2020 Cancelled For The First Time Since World War-II

Wimbledon 2020 has cancelled for the first time since WWII, 134th edition to be held next year 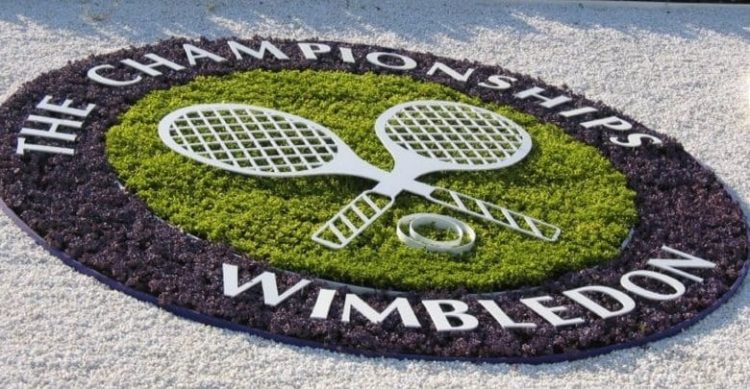 The Wimbledon 2020 event got scrapped for the first time since World War II by tournament chiefs as the coronavirus pandemic continues to cause a severe crisis in the world of sport.

The world has been struggling to contain the spread of COVID-19, which has infected more than 885,000 people worldwide and killed over 44,000.

“It is with great regret that the AELTC has today decided that The Championships 2020 will be cancelled due to public health concerns linked to the coronavirus epidemic. The 134th Championships will instead be staged from 28 June to 11 July 2021,”

The cancellation of the only grass-court Grand Slam tournament at the All England Club would leave the tennis season in disarray after the French Open was earlier controversially postponed.

Meanwhile, all ATP and WTA events have been suspended until June 7. This could extend further if the coronavirus pandemic continues to rage, pushing the world into a quarantine.

According to a report in BBC Sport it has been understood that a decision to abandon this year’s grass court season was made in conjunction with three governing bodies – the Lawn Tennis Association, the Association of Tennis Professionals and the Women’s Tennis Association.

Not just the Wimbledon 2020, but several grass court tournaments leading to the Slam event also didn’t see the end of the tunnel. Here we look at the reasons why the Wimbledon 2020 event got cancelled for the first time since WWII.

The club’s sites at the All England Club, Wimbledon Park Golf Club and Raynes Park are all currently closed with physical operations reduced to a minimum.

This is to maintain the grass courts and the security of the sites. Preparations of the sites for the tournaments takes weeks and involves people, which would have been risky in the current scheme of things amidst coronavirus pandemic.

Meanwhile, work needed to build up the site was due to begin at the end of next month, and one cannot achieve the same without significant numbers of people on site.

The manner in which the numbers of positive cases are increasing in the UK, this would have always been a far fetched idea. Even if one person on the site is infected, there is a significant amount of danger present.

No option To Play Behind Closed Doors

Another major reason to cancel the Wimbledon 2020 was due to the organizers ruling out any option of playing behind closed doors.

Conducting a Grand Slam tournament behind closed doors doesn’t make sense. It would have also not gone done well with the players.

However, involving fans, would mean the need to be prepared for around 40,000 people on site every day. A big event of this stature would further strain the health system and the police .

At the current juncture, there is fear among people and they wouldn’t wish to risk their health. Moreover, health of fans and players is primary and cannot be risked.

Meanwhile, it is also completely unrealistic to imagine that with the travel restrictions in place, hundreds of thousands of people from all over the world would travel to witness an international tennis tournament, even if it is Wimbledon 2020.

While, the French Open tennis tournament was postponed by four months due to the coronavirus pandemic, the Wimbledon cannot be postponed.

The tournament which is played on grass court, would face various issues, like dew and day light among others if it were to be rescheduled.

“Each week that passes, you get less and less light to play the tournament,” doubles specialist Jamie Murray told the BBC. It was always going to be difficult to move the tournament back because one is running into other tournaments which are still placed on the schedule Murray opined.

Tournament To Be Staged Next Year

Wimbledon, which was first held in 1877, has been held every year since 1946, when it saw six-year interlude as England was involved in the World War II. Prior to the second World war, the tournament was suspended from 1915-18 because of World War I.

Now the 134th edition of the Championship will be held from June 28 to July 11, 2021 according to the official statement.