The semi-final between India and England in the Women’s T20 World Cup has been canceled due to rain. Indian team has reached the final for the first time.

Indian team reached the final due to being on top of their group after the match was canceled. India topped all 4 matches in Group A. While England was second in Group B. The last time the England team defeated India was in the semi-finals. However, she lost to Final Australia.

According to ICC rules –

For the first time in their history, India have qualified for the Women’s #T20WorldCup final ?? pic.twitter.com/88DHzqTbnK

Both semifinals on the same day

The second semi-final is scheduled to be played between South Africa and defending champions Australia from 1.30 pm on this ground. If it is also canceled, then South Africa will reach the finals as per the rule.

In such a situation, the final between India and South Africa will be played in Melbourne on 8 March. Cricket Australia had demanded a Reserve Day for the semi-finals, which was turned down by the ICC.

Reserve day is just for the finals.

6 World Cups have been played so far. The Indian team never reached the final. Team India made the semi-finals three times in 2009, 2010, 2018. At the same time, Australia has won the title 4 times at most. England and West Indies have won the title once each.

Shefali at number three in terms of highest runs

Indian opener 16-year-old Shefali Verma is at number three with 161 runs. His average is 40.25. Thanks to this performance, Shefali jumped 19 places to reach the top in the ICC T20 rankings. He has 761 points.

In the tournament, Indian spinner Poonam Yadav is on top with 9 wickets in 4 matches. His average during this period is 9.88. Anya Srabsol of England is Sophie Ecclestone at number two and third. Both bowlers have taken 8-8 wickets in 4 matches. Anya has the best average of 10.62 and Sophie 6.12.

India could not score 150 in the tournament

India has won all four matches in group matches. The team defeated Australia 17 in the first match, Bangladesh 18 in the second, New Zealand 3 runs in the third match. Won Sri Lanka by 7 wickets in the fourth match. The team scored 132 against Australia, 142 against Bangladesh and 133 against New Zealand. At the same time, the team scored 116 runs in 14.4 overs chasing against Sri Lanka.

Mandhana-Harmanpreet’s performance is the worst

Captain Harmanpreet Kaur and opener Smriti Mandhana were the worst performers in this tournament. Mandhana could score only 38 runs in 3 matches. His highest run was 17 runs. Harmanpreet scored 26 runs in 4 matches. 15 runs is his best score. Shefali Verma has scored the highest 161 runs for the team in 4 matches. The average is 40. Jemima Rodriguez has scored 85 and all-rounder Deepti Sharma has scored 83 runs. 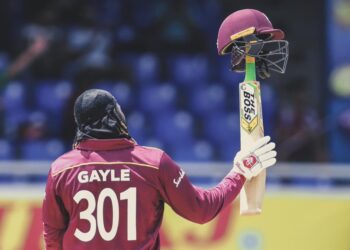