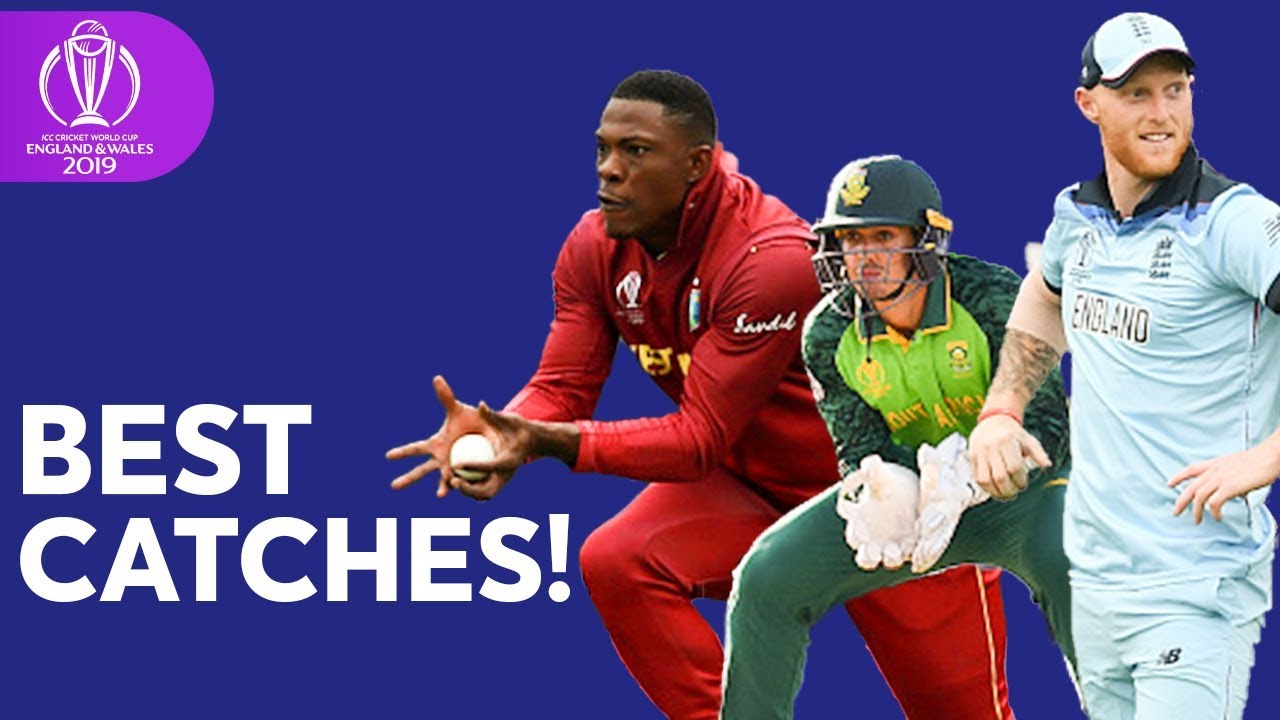 In a game of big hits and beautiful batting one where the ball often does a lot of talking, not an awful lot is reserved to admire great fielding skills. While surely cricket shall eternally remain a duel between the bat and the ball, it’ll always come down to and best fielding efforts to equalize or should we say neutralize a contest.

And in the just-concluded World Cup, nearly every cricketing side displayed moments of shock and awe where had it not been for outstanding slices of fielding, we wouldn’t have had a great game of cricket.

In the excellent skills of tall, agile fielders such as Ben Stokes, Joffra Archer, Trent Boult, Sheldon Cottrell, and the likes the 2019 World Cup saw an exhibition of outstanding skills and effort. But that said, what were the best fielding efforts of the 2019 World Cup? 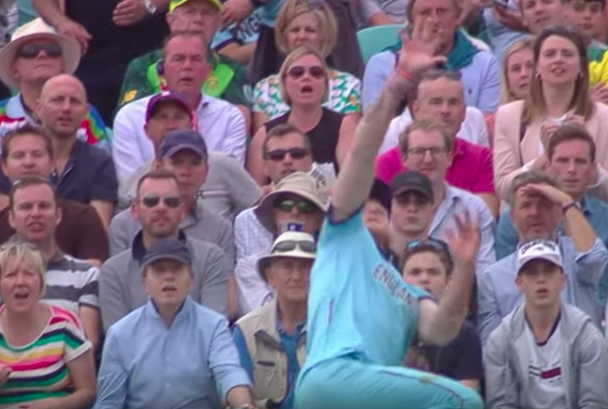 South Africa endured a forgettable run a world cup that saw the very last of Amla, Tahir, and Duminy. What’s more? The biggest jolt- it could be said- when Dale Steyn returned back to his home even without bowling a single delivery.

Much of what South Africa did in the latter stages of the series came down to Faf’s batting, the captain shouldering the responsibility of scoring for his side.

But up first, in their campaign opener, Andile Phelukwayo became a victim of Ben Stokes’ outstanding athleticism. With the scoreboard tottering at 180-6, Phelukwayo swept a flighted delivery from Adil Rashid from the middle stump toward the outfield.

But little did he know that Morgan had stationed Ben Stokes right on the boundary, who leaped several inches in the air to take a one-handed stunner going back as much as an inch from within the boundary ropes. As a result, South Africa lost their seventh wicket, and therefore, a well-set batsman who contributed 24, the second-highest score at that time, following Dussen’s 50.

While South Africa’s game against India was a bit lackluster, what wasn’t was Quinton de Kock’s sensational effort from behind the stumps that gave us fans one of the best fielding efforts in the 2019 World Cup.

Even as 228 wasn’t ever going to be any challenging to an Indian line-up bellied with the likes of Dhawan, Rohit, Kohli and Dhoni, de Kock’s airborne effort to get Kohli dislodged from the middle was an eye-popping moment.

On the third ball of the 16th over, as Andile Phehlukwayo came into bowl, Virat Kohli flirted with a rising delivery from way outside off in a bid to score some runs. The captain was well-set on 18 but was taking some time to break into big strikes.

That is precisely when Quinton de Kock arose into action, jumping far wide toward his right to take a one-hander saving Amla all the work.

If there was a West Indian that turned out to be a massive revelation in the World Cup then it was Sheldon Cottrell. The left-arm with his useful medium-pace generated a lot of movement off the seam and was fervent in his enthusiasm of scalping many a victim. His high-arm action and the ability to hit the deck proved useful to his side while scripting the narrative of several batsmen’s downfall.

But what was special about ‘The Soldier’ was his outstanding effort in the field, the Jamaican leaping in joy each time he snatched a stunner.

One such effort that can be counted among the best fielding efforts in the 2019 World Cup came in the game against Australia. The well-set Steve Smith was busy resurrecting a jilted Australian inning that was going nowhere when he nipped a loose delivery thrown at his leg stump, sending it several miles into the thin air.

But Cottrell was manning the square-leg boundary with much-needed focus. He ran several yards toward his left and took a one-handed catch. But even then, there was a catch.

The momentum from his running was such that he was compelled to step behind the ropes, which is when he suspended the ball in thin air, crossing back the boundary and regaining his balance to take the catch finally.

Cricket seems beautiful when Imran Tahir breaks into his familiar celebration. But while it’s sad that one may not see much of that in the times to come, there was plenty of Tahir’s familiar passion taking center stage in the contest against Pakistan.

When the leggie came into bowl, being introduced early into the attack, against Pakistan, none other than the talented Imam ul Haq was on strike.

A delivery that didn’t turn much saw the graceful left-hander attempt a front foot drive. But it could only do as much as travel in the air only to see Tahir immediately dive into his right to take an incredible return catch. While South Africa went down fighting against Pakistan’s daunting 308, Tahir’s excellent piece of fielding showed signs of Protea Fire.

One of the best fielding efforts in the 2019 world cup came at the precarious semis stage!

India’s semi-final loss to New Zealand may come to haunt a vastly-talented side, among the very best in business, for times to come. Perhaps, it could be said that pressure got to them in the end- didn’t it?

With 11 balls remaining from which India required 25, something had to give. Big hitter MS Dhoni was on strike off Ferguson.

And it was during this peak point of tension that a breakthrough was reached, and all thanks to Martin Guptill who demonstrated one of the best fielding efforts in the 2019 World Cup.

As Dhoni failed to dislodge a peach of a shorter delivery that came a bit roughly onto him, the right-hander began scampering back for a double, having sent the ball into a short vacant no man’s land on the side. This is when Guptill, stationed at backward square leg came rushing in and aimed for the batsmen’s end. He was successful at disturbing the timber as Dhoni found himself short.

With MS’s departure, NZ’s triumph was certain. Guptill, who had failed to deliver thus far in the tournament made it count with his accurate shy at the stumps, and in his team’s case, a defining one.