World Cup 2019: A Look At All The Venues And The Records Held 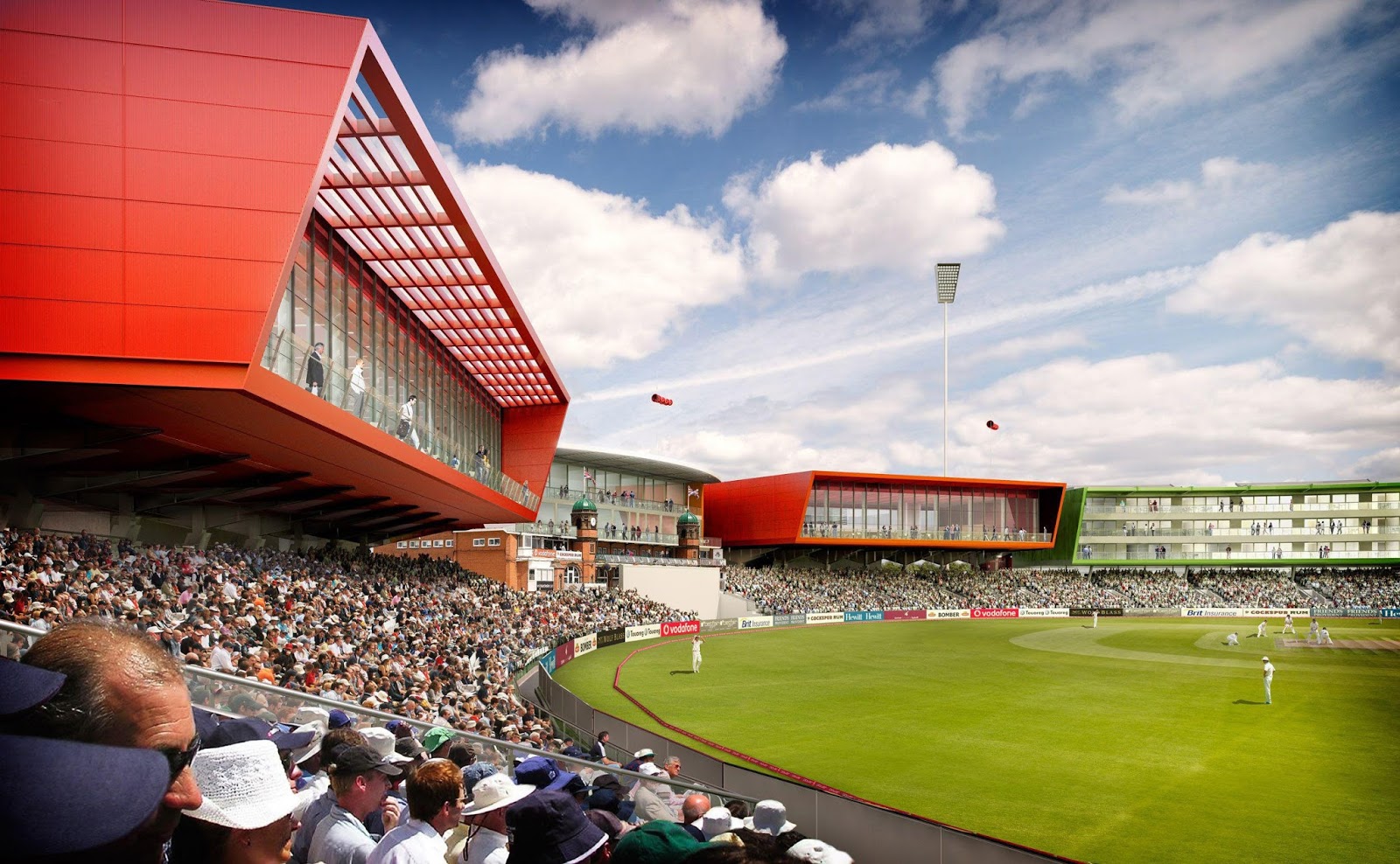 The 2019 World Cup will be a 10-team affair in a round-robin format this time. All of them have been placed in the same group. Every team will play each other 0n one occasion each and the top four on the top of the points table will advance to the semi-finals. A total of 11 venues have been picked for the mega event where a total of 48 matches will be played.

The World Cup 2019 will start off at the historical Kennington Oval in London. Interestingly, ten of the venues for the World Cup are in England. The remaining one is in Wales.

Here we look at all the venues and the records held. 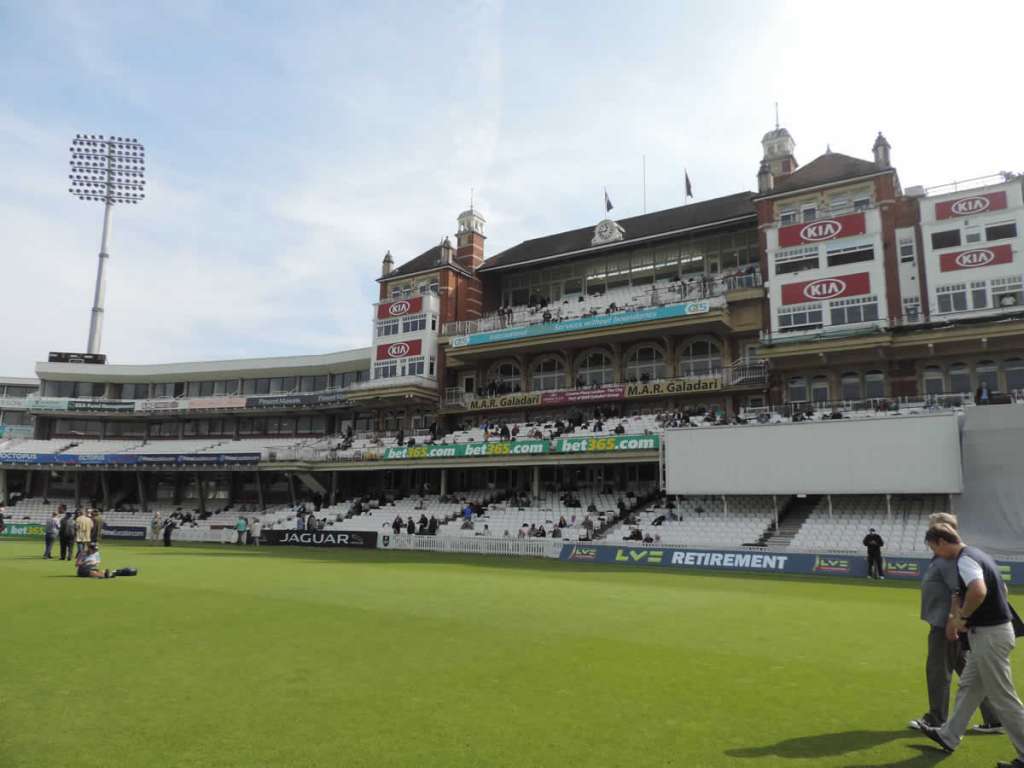 The Kennington Oval is one of the oldest cricket grounds in the world. The ground has a lot of history and was opened in the year 1845. It has a capacity of 25,500. This is the ground that held the first ever Test match in England. Also, this is the ground where the historical Ashes came into origin.

A total of 67 ODIs have been played here. Teams batting first have won 26 games. Teams batting second have pocketed 39. The highest score at the Oval is held by New Zealand, who amassed 398/5 against England in 2015. The lowest score is recorded by England (103 versus South Africa in 1999).

Eoin Morgan holds the record for the most runs at this venue (573). Evin Lewis (176*) has the highest score recorded. James Anderson (30 wickets) has the record for most scalps taken. Umar Gul 6/42 has the best match figures.

The pitch at the Oval is expected to assist pace and swing. Batsmen will need to apply themselves well. Spinners will have some role in the matches during the World Cup 2019. The Oval will host five World Cup matches. 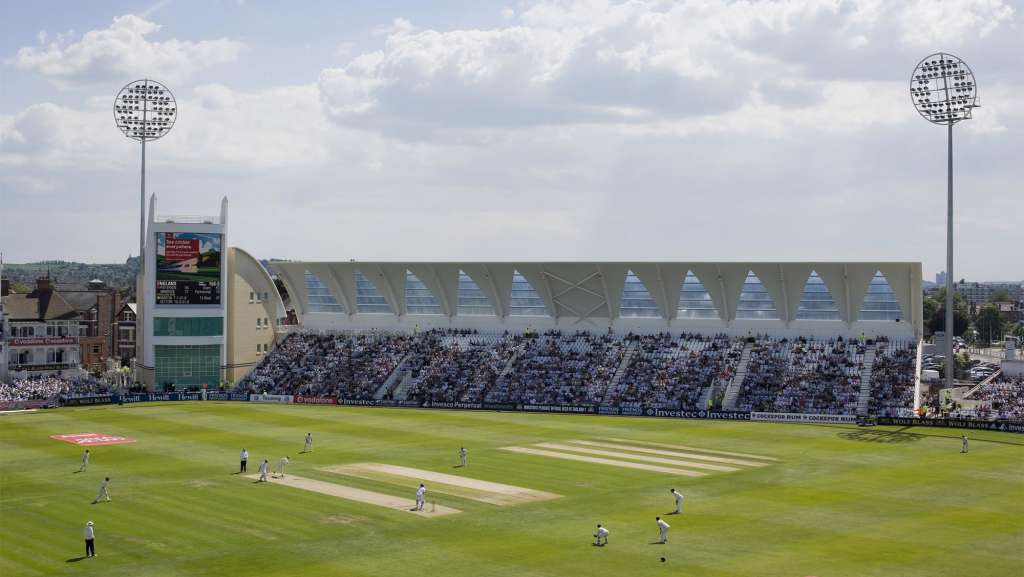 The Trent Bridge in Nottingham is another old establishment in the UK. The ground was established in 1841 and is another iconic venue in the European country. The ground has a capacity of 17,500 and is regarded as one of the best and fun loving venues to watch the sport. The ground also has a history of hosting football matches late in the 19th century.

The ground has undergone some significant changes and renovations over the years The first ODI here was played in 1974 between England and Pakistan.

A total of 44 ODIs have been played here. Teams batting first have won 18  games. Teams batting second have pocketed 23. England’s 481/6 against Australia in 2018 is the highest score here. South Africa’s 83 in 2008 against England is the lowest score recorded.

Eoin Morgan has the most runs here (462). Alex Hales (171 versus Pakistan in 2016 has the highest individual score). James Anderson (16) has the record for most scalps taken. India’s Kuldeep Yadav 6/25 has the best match figures.

The pitch will assist batting at large, but there will be something for the bowlers as well during the World Cup 2019. Trent Bridge will host five World Cup matches. 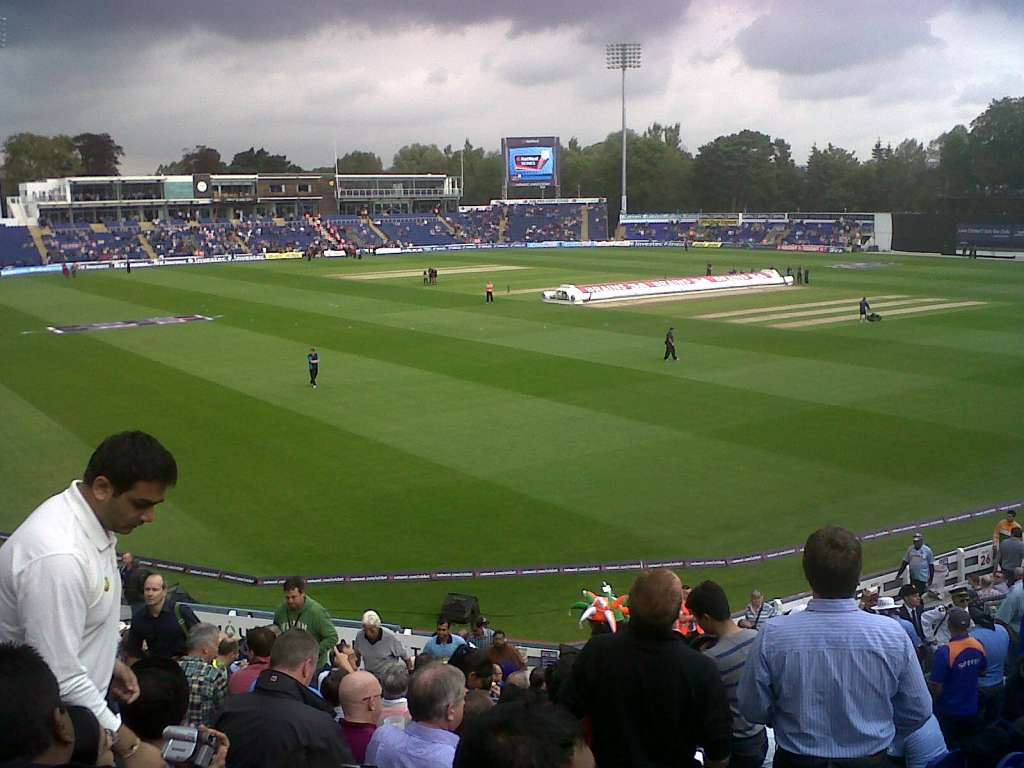 The Sophia Gardens is located in the capital of Wales, Cardiff. This is the only venue away from England. The venue is also referred to as the Cardiff Wales Stadium. Major redevelopment has seen the capacity of this venue increase to around 15,000. The first ODI was played here in 1999 between Australia and New Zealand.

The venue is known for its short straight boundaries but very long square boundaries on offer. It’s the home ground for County side Glamorgan. 24 ODIs have been played here with the teams batting second winning 16 matches. England’s Jos Buttler has scored the most runs here (307). Shaun Marsh (131 versus England in 2018) registered the highest individual score.

Liam Plunkett has taken the maximum wickets here (11). Ravindra Jadeja (4/28) has the best bowling figures. Four matches are set to be played here in the World Cup 2019. 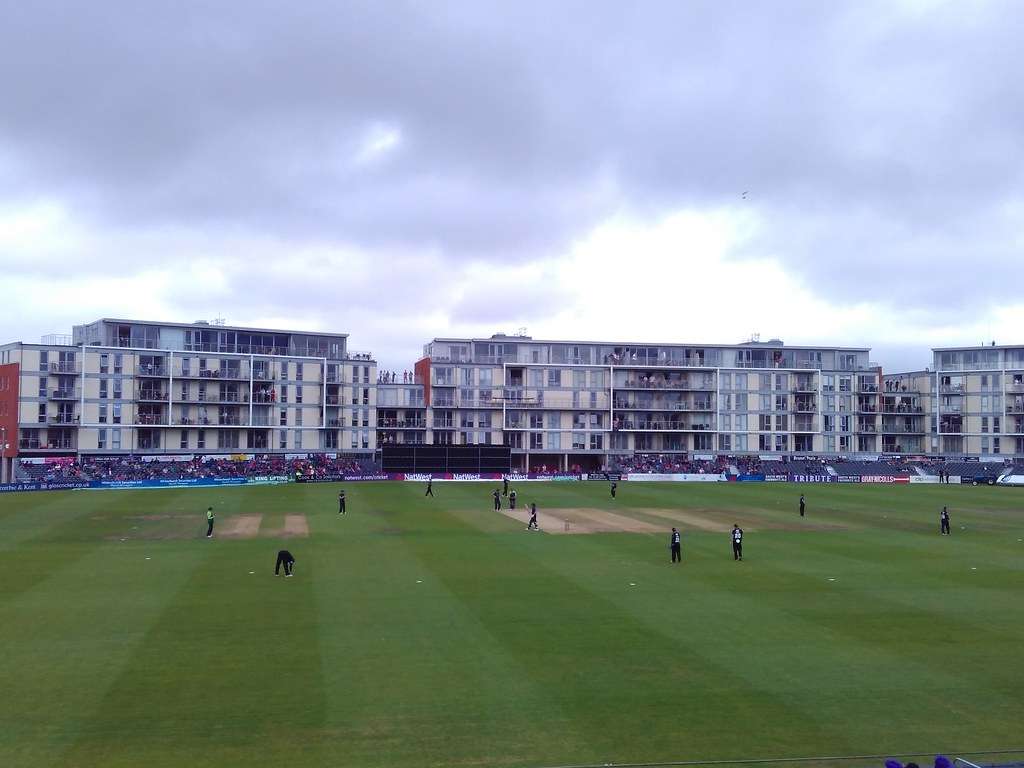 The Country Ground in Bristol is the home ground for County team Gloucestershire. It isn’t regarded as one of those highly famous grounds in England. Moreover, the architecture is slightly peculiar as well. The venue has hosted occasional ODI games once a while. It was established in 1889 and boasts of a capacity of 17,500.

The First ODI here was played in 1983 on June 13 between New Zealand and Sri Lanka. The ground hasn’t hosted any Test cricket. Former India legend Sachin Tendulkar has the most runs here (352). Imam-ul-Haq’s 151 versus England earlier this month is the highest individual score recorded here.

Andrew Flintoff has the most wickets here (10). Richard Hadlee (5/25 against Sri Lanka) holds the record for the best bowling figures. A total of 16 matches have been played here. Teams batting first have won seven games as compared to eight by sides batting second. The venue will host three matches in the World Cup. 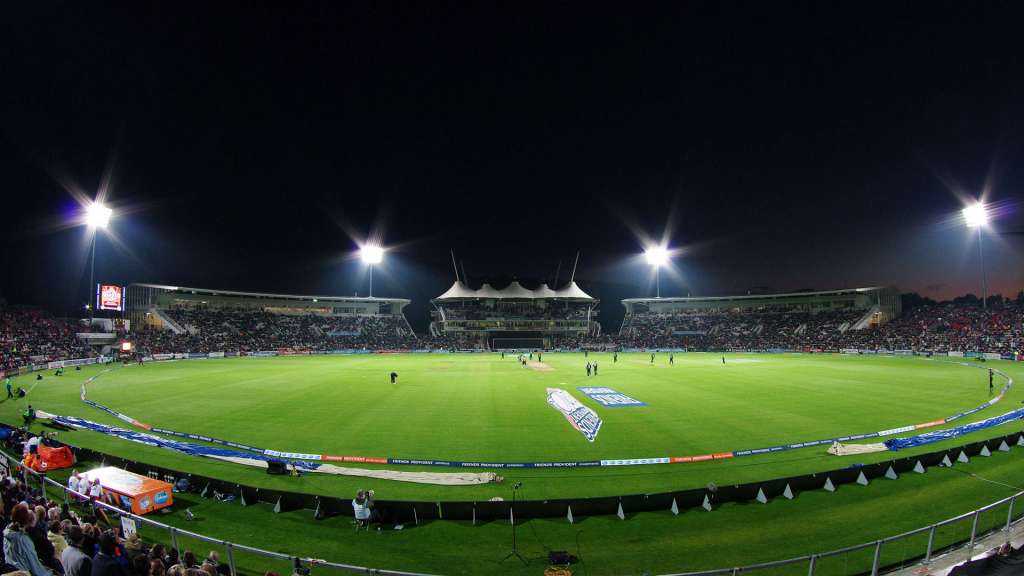 The Ageas Bowl in Southampton was previously known as the Rose Bowl. It’s located in Hampshire in England. It’s also Hampshire County side’s home ground. The ground went under development in 2008 in order to host Test cricket. A four-star Hilton Hotel with an integrated media centre overlooking the ground was opened in 2015.

It also has a three-storied pavilion with a canopied roof. It is one of the most delightful venues in the country and has a capacity of around 20,000 (temporary). 21 matches have been played here. Teams batting first have won 11 of them.

The First ODI here was played between South Africa and Zimbabwe in 2003. England skipper Morgan has the most runs here (610). Jonny Bairstow (141* against West Indies in 2017) holds the highest individual score at this venue. Graeme Swann and Anderson have the joint-most wickets here (12).  Ben Stokes (5/61 versus Australia in 2013) holds the record for the best figures.

The World Cup will see five matches being played here. 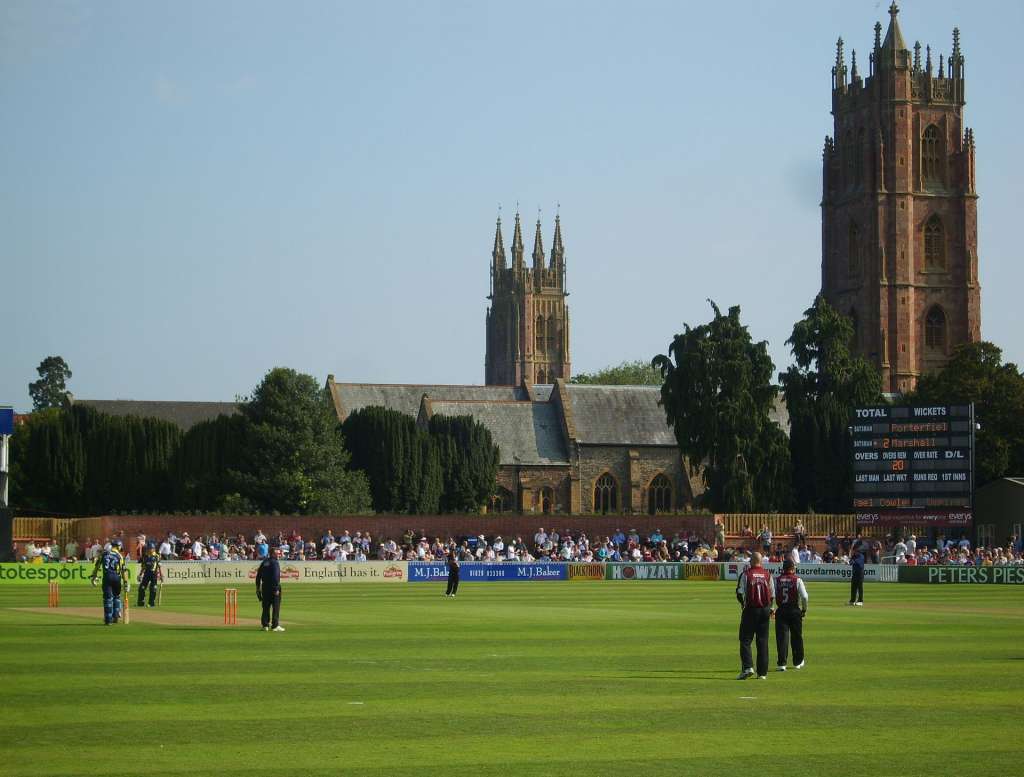 The venue is the official home of English women’s cricket, The County Ground in Taunton is just minutes away from the town centre. The ground has never hosted a Test match thus far, but it plays a prominent part in hosting women’s limited-overs games regularly. It has a capacity of 12,500 for international games. It was opened in 1882, but the first international game was played here only during the 1983 Cricket World Cup.

Three matches are set to be played here in the World Cup 2019. 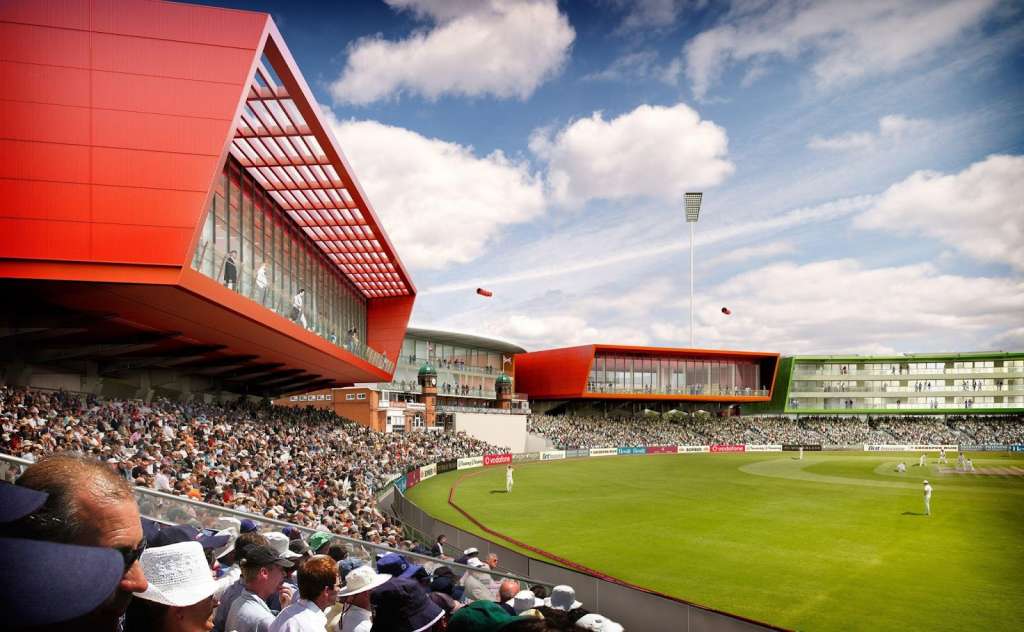 One of the historic grounds in the world of cricket. The venue is set to host the India-Pakistan clash on June 16. This is the venue where legend Jim Laker went on to pick up all the 10 wickets in an innings for the first time in 1956. It has got a capacity of 19,000 and plays hosts to County side Lancashire. It was opened in the year 1857. It also hosted the first Ashes Test in England.

This is also the venue where Shane Warne bowled the ‘Ball of the Century’. It is known for being the fastest pitch in England and has a capacity of 26,000 for international games. The First ODI was held in 1972 between Australia and England.

Graham Gooch (405) has the most runs here. Vivian Richards (189* versus England in 1984) has the highest score scripted here. RGD Willis has 15 scalps which is the highest recorded. Glenn McGrath (5/14 versus WI) holds the record for best figures. 46 ODIs have been played here. Teams batting first have won 18 matches. Teams batting second have pocketed 27.

Six matches are set to be played here including the first semi-final. 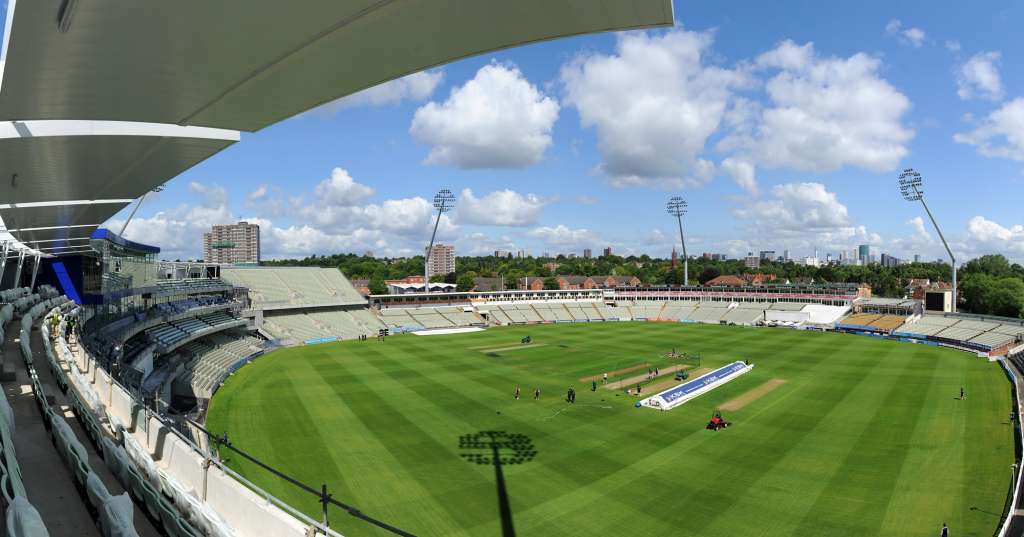 Edgbaston Stadium is one of the best venues in England. It is also one of the youngest cricket venues in the country. At this venue, West Indian legend Brian Lara amassed the best score of 501 not-out against Durham in 1994. The scoreboard at Edgbaston is one of the most notable features of the ground as well. The venue has a capacity of 24,803 and plays home to County side Warwickshire. The ground was established in 1882.

A total of 58 ODIs have been played here. Teams batting first have won 24, with sides batting second pocketing 27. The First ODI here was played between England and Australia in 1972. Andrew Strauss has the most runs here (343). GM Turner’s 173 against East Africa in 1975 is the highest individual score recorded.

Darren Gough has the most wickets at this venue (21). The best bowling figures is held by Josh Hazlewood (6/52 against New Zealand in 2017). Five matches are set to be played here including the second semi-final in World Cup 2019. 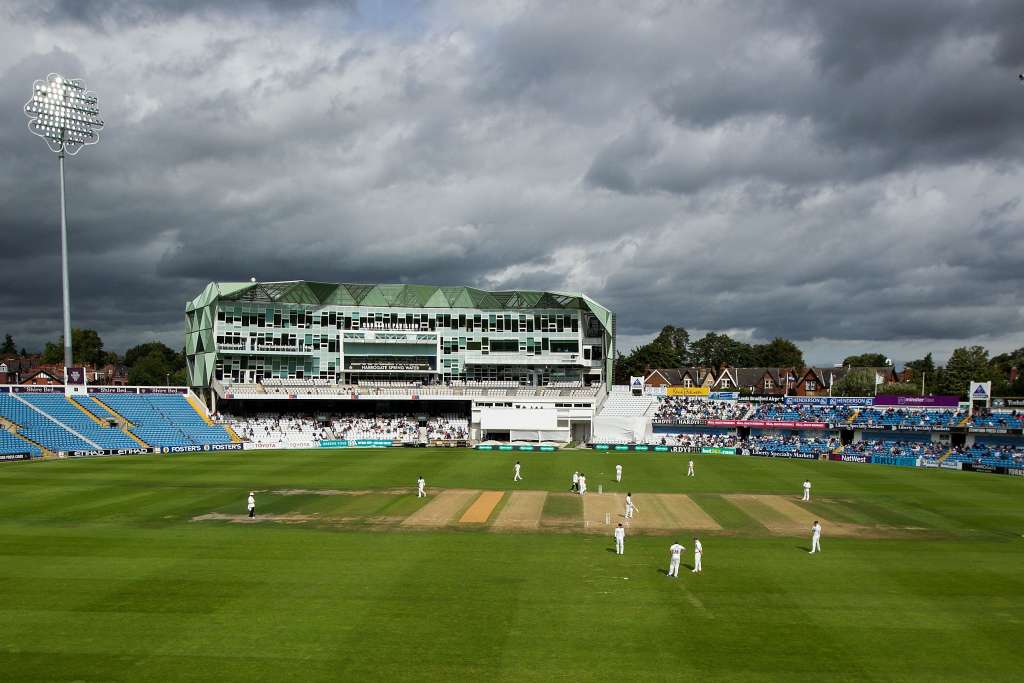 Headingley will remain in the record books for the GOAT Sir Donald Bradman. The Australian scored two of his triple centuries at this venue – one in 1930 and 1934 respectively. The legend Bradman also registered his highest-ever Test score (334) here. The venue. It was established in 1890 and has a capacity of 17,000. The First ODI was played here in 1973 between England and WI. 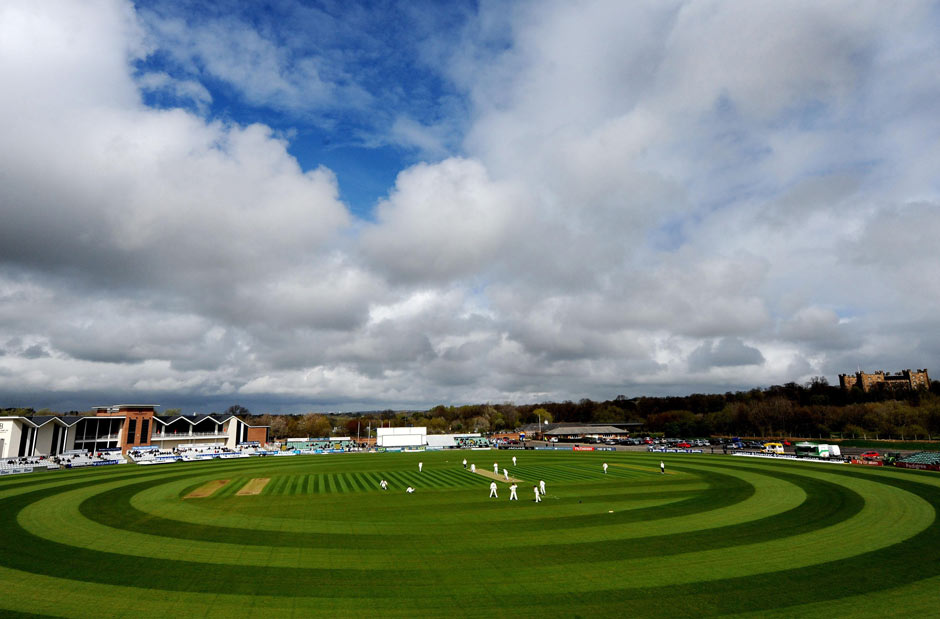 Over the years, the Riverside Ground in Chester-le-Street has become a rather common ground for cricket matches, It is one of the newer grounds in England and was established in the year 1995. It’s County side Durham’s home ground. The stands in most parts of the ground are usually pretty low and the ball travels to the fence rather quickly. It has a capacity of around 19,000.

The ODI here at this venue was played in 1999 between Pakistan and Scotland. Out of 16 matches, teams batting second have a better record with a 9-5 tally. The venue is set to hold three matches in the CWC 19.

Ian Bell has the most runs scored here. (205). Mahela Jayawardene (126* versus England in 2006) holds the record for the highest individual score. Graeme Swann (nine scalps) has the most wickets at this venue. Swann’s 5/28 is also the best bowling figures by a bowler.

The best ground in cricket world for a reason. The historical ground is a mesmerising beauty for both cricket and the fans. The pavilion itself is quite a landmark and is a recognisable sport’s structure. Referred to as the ‘Home of Cricket’, the Lord’s Cricket Ground is in the centre of London. The ground was established in the year 1814 and has a capacity of 30,000.

The First ODI was played between England and Australia in 1972.

It plays host to the Marylebone Cricket Club and Middlesex. The final of the World Cup 2019 will be played here, besides four group stage games. Out of 61 matches, teams batting second have a better tally of 32-26.