World Cup 2019: West Indies Strike Early But Will It Be All That Easy For The Men in Maroon? 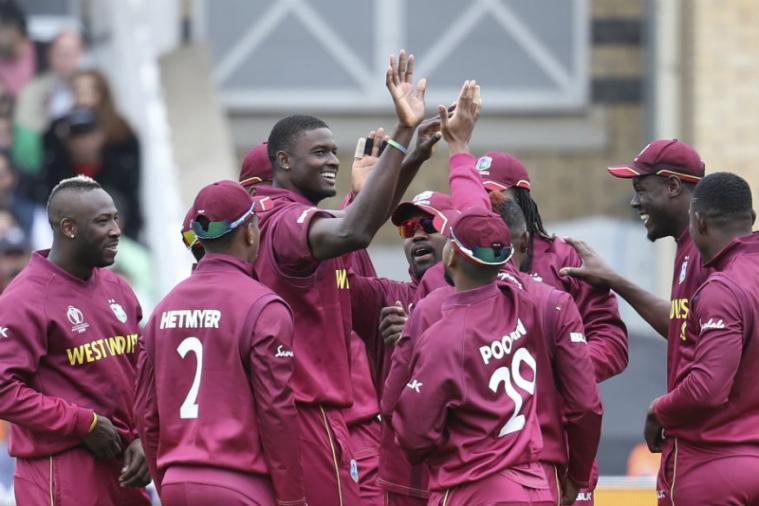 Windies will want to win, despite Australia's prominence in WC games (India Today)

The last that the West Indies met Australia in a World Cup was in 2007.

It may not occur to us that often but it was back in 2007, when Holder’s team, that starts as favorites- according to some- hosted the mother of all cricketing battles in the Caribbean.

Unfortunately, that Super-Eights game, held at North Sound, Antigua turned out to a one-way street with none other than Brian Lara doing some face-saving for his team in his 77 off 83, a knock laced with 8 boundaries and a six.

But even Lara, who played his final-ever ODI against the Aussies wasn’t able to defy the Kangaroos, uplifted by Matt Hayden’s imposing 158, a knock that came off 143 balls.

Today, well over a decade since their hammering at their own den, so to speak, the West Indies will walk down Trent Bridge with a clear aim. And guess what? It’ll be more than just “settling their score” with the Australians.

Holder- who was only a teenager when Lara bowed out, with other heroes like Chanderpaul, arguably unappreciated vis-a-vis “The Prince” following suit a few years after- still has Gayle, Russell, Roach for company.

Gayle, the vice-captain, has already indicated his intentions, as he so often does, courtesy that flamboyant 34-ball-50.

Even as he’d be mindful of the back-scuffle that he almost picked up during his execution of the Pakistanis- since, frankly no better word to describe the assault the Jamaican waged- his captain will be grateful of having all that experience at his disposal.

One’s not quite sure whether the selfie-obsessed, bling-wearing T20 aficionados of today would even remember the importance that pacers once played for a team that has, over the years, become a big-hitting unit of muscular men.

In that regard, that Holder has at Roach, alongside young and blooming Thomas, man-of-the-match in his first-ever World-Cup contest for his West Indies should breathe easy.

Moreover, the West Indies aren’t anymore some bug to be crushed thanks to the image they themselves helped create, their days of a spineless surrender now seeming behind them.

Unless Holder’s unit, rated amongst the most well-balanced sides in the CWC 2019, one comprising of Hope, Hetmyer, Lewis, Darren Bravo- another absentee from the game against Australia, Thomas, and Pooran- offer Australians freebies at Trent Bridge.

But all that said, the West Indies must tread carefully.

In Warner and Smith’s return, the Australian batting unit- that was assaulted in ODIs by teams like England, in the recent past- experiences a significant upgrade in the runs and experience department. It’s as if, someone returned nearly 8000 (Smith and Warner’s runs combined) runs to where they originally belonged.

He’d love to ask questions of Holder’s pace-battery if one could call it that. This is despite the fiery line-up including Thomas, Cotterell, Holder himself seems visibly charged by the return of  Andre Russell– the Jamaican holding an experience of playing 2 previous world cups before.

Who’ll win, who’ll be facing the music at the chin?

In a contest that promises mouth-watering excitement given, on the one hand, there’s a legion of bicep-flexing brawny dudes sporting the maroon, there’ll be the biting pace and accuracy that only a Cummins and Starc can offer, on the other.

Lewis and Gayle, Hope and Hetmyer, Russell and Holder can gnaw at Australia who’ll give a young Barbadian captain, perhaps one of world cricket’s nicest guys, no easy day.

While we don’t know who’ll win, a thing can be said for certain.

Runs may flow at Trent Bridge.

Akin to the mega sixes that seem entrenched in the DNA of the Caribbean batsmen, there’s a history of high-scoring games at a ground that can be called the fortress of England. Remember, that scorecard, bruised and battered by Bairstow and co.?

A question to Holder and Finch then. Shall get set for the 100-meter sixes and the broken windshields in the parking lot?