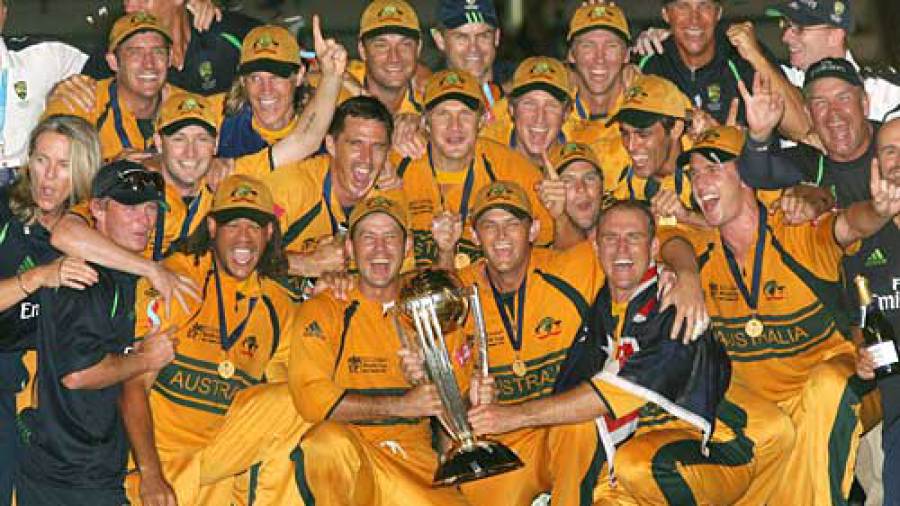 The 2007 World Cup in West Indies was the most forgettable or remembered for all sorts of wrong reasons. Two of the biggest draws of the tournament were eliminated early taking the shine out of the event. A respected cricket coach was found dead and confusion regarding the rules made the last part of the final a complete farce.

It was a four-group format with four teams in each group Round Robin System. The problem was that with only three matches in the group stage there was hardly any scope of a slip-up. This had been found out by both India and Pakistan as victories of Bangladesh over India and Ireland over Pakistan put both the teams under immense pressure and eventually, both failed to qualify for super eight. For Pakistan, more controversies raised as their coach Bob Woolmer was found dead in his hotel room after the loss against Ireland. There were many conspiracy theories but after a thorough investigation, any proof of murder was not established. 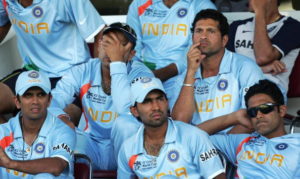 The tournament was a long one as a 24-match group stage was followed by another 24 matches of super eight. It was not a competitive one. Both Bangladesh and Ireland, who were qualified in place of India and Pakistan won only one match each and there were too many one-sided matches in the tournament to reduce interest from the fans. There was a dramatic finish in Sri Lanka vs South Africa encounter when an easy win for South Africa suddenly went under doubt as Lasith Malinga picked up four wickets off four balls. However, the number 11 Charle Langeveldt survived and South Africans won the match by one wicket.

Australia was as dominant as 2003 and won all their nine matches leading to the semi-final. Along with them, the other semi-finalists included Sri Lanka, New Zealand, and South Africa.

The Journey to Finale

A Mahela Jayawardene century and four wickets by Muttiah Muralitharan took Sri Lanka to a comfortable win over New Zealand and book their passage to their second World Cup Final after the semi-final loss in 2003.

Australia made a light work of South Africa as they bowled them out for just 149 thanks to four wickets by Shaun Tait and three wickets by Glenn McGrath who went on to become the Man-of-the-Series. The chase was completed with close to 20 overs to spare and losing only three wickets. Young Michael Clarke was the top scorer with an unbeaten 60.

The final was played at Kensington Oval in Barbados and it was a rain-affected affair. Even before the match had started heavy downpour converted this to be a 38-over per side contest. Australia bat first and Adam Gilchrist played a brilliant inning. His 149 of 104 balls was the highest score in a World Cup final and widely considered as one of the best ever ODI innings. Gilchrist was not in a good form throughout the tournament but made his mark in the final. He later revealed that he had squash ball in his batting gloves to improve his grip on the advice of his batting coach in Perth. 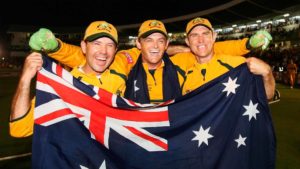 A target of 282 in 38 overs was a herculean task for the Sri Lankans. Sanath Jayasuriya and Kumar Sangakkara tried their best and maintained a run rate above six but once both of them were dismissed by 23rd over Australia took control. Further reduced it to a 36-over match with a target of 269 and finally at the end of 33rd over with Sri Lanka on 206/7 the umpires stopped the match due to bad light. It should have been announced as a win for Australia by 37 runs in the D/L method as the minimum 20 overs in both innings required for completing an ODI match was done. But umpires got confused and announced that since it was not raining and bad light they can not end the match and Sri Lanka had to play these three overs on the next day which was a reserve day. With 62 required off 3 overs, Sri Lankan captain Jayawardene agreed to finish the match on the day and asked his batsmen to continue batting. Ricky Ponting, the Australian captain also agreed to bowl only his spinners. And In almost darkness, the last 18 balls were bowled and eventually Australia won the match by 59 runs. Later the umpires and match referee Jeff Crowe realized their mistake and accepted the blame.