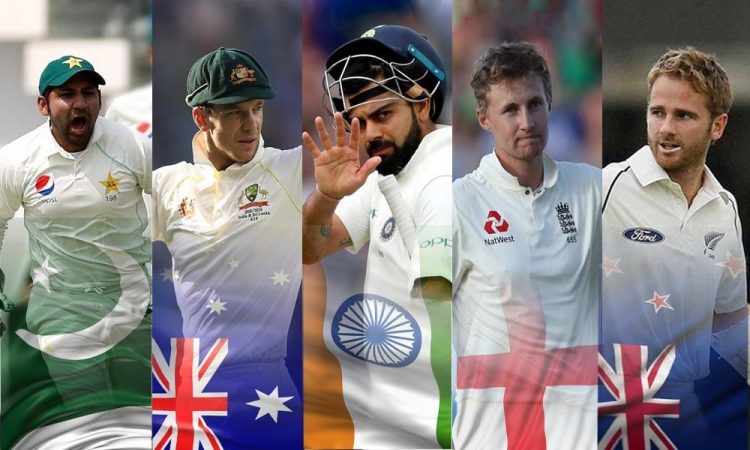 The race for the World Test Championship has become exciting now. New Zealand has won the Test against Pakistan and has put themselves in the final race. Team India is yet to play a total of 6 matches in 2 series. If the New Zealand team wins the series 2–0 against Pakistan, it could cause problems for Team India. In such a situation, Team India will have to win 3 out of 6 matches to ensure a place in the top-2.

The WTC final will be played between the top-2 teams in the points table in June next year. The battle between Australia, India, and New Zealand teams to reach the top-2 continues. However, the Indian team will end the year at number two in the WTC. In the new system, teams are ranked not on the basis of their points, but on the percentage of points.

The Indian team won the second Test. After this, there has been a difference of just 4.2% between Australia and India. The Australian team tops the WTC points table with 76.6%. At the same time, India is second with 72.2%. New Zealand consolidated their claim to third place after a win against Pakistan.

New Zealand is third with 66.7% and England is fourth with 60.8%. However, the points percentage of the subsequent teams is almost half of England at number four. They have to work very hard to come up in the points table and win almost all the matches and series.

The path is difficult for Pakistan and South Africa

Pakistan’s team is ranked fifth with 34.6% and South Africa at number six with 28%. Sri Lanka is seventh with 26.7% and West Indies at number 8 with 11.1%. Points from the bottom 4 teams are considered extremely difficult to come up in the table.

In the kind of situation right now, only New Zealand and England are the teams that are in a position to lower India and Australia from the top-2. New Zealand defeated the West Indies in the Test series. At the same time, England has to play a 4-Test series against India in February.

If New Zealand also wins the second Test against Pakistan. Also, England defeats India and if Australia loses to South Africa then this Test Championship will be very exciting. Because, the two teams that top the points table will face each other in the finals in June.

India’s average point before the series against Australia was 75, New Zealand’s 62.50. Now if the New Zealand team wins the series 2–0 from Pakistan, then their average will be 70. In such a situation, Team India needs around 120 points for an average of over 70. India now has 6 matches to play in the 2 series (Australia and England). Of these, the team will have to win 4 matches.

With 2 wins and 4 draws, Team India will qualify in the top-2. Another win against Australia will ease the way. If Australia wins the four-match series 3–1 against India and the final series against South Africa is drawn 1–1 then it will remain in the top-2.

Learn How points are distributed

Whether there are two matches in a series, whether five, there are a total of 120 points for the series. This way there will be a maximum of 720 points for six series. That is, if there is a two-match series, the team gets 60 points if they win one match. At the same time, if there is a series of five matches, then winning a match gets 24 points. Both teams get equal points when the match is drawn. The Test match played between England and Australia on 1 August 2019 was the first match of this championship.