A clutch of uncapped youngsters and Under-19 stars will launch their IPL careers, hoping to impress selectors back home with eye-catching performances. 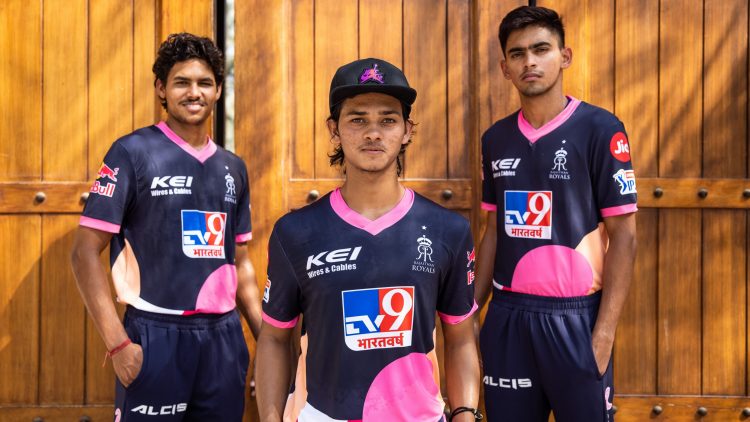 Alongside the well-endowed stars and some of the biggest names in the world of cricket, the Indian Premier League (IPL), this year, will see a clutch of new faces rubbing shoulders with the big brothers while pitting their skills against them.

The showpiece domestic event, which moved off-shore this year in view of the fast-unraveling COVID situation back home and has brought the who’s who of world cricket for a 53-day thrill-a-minute ride in the Emirates, will hopefully be the stage for some of these uncapped stars to announce themselves to the cricket world.

While some of the IPL debutants have distinguished themselves in Under-19 cricket, others have reaped the benefits of putting in the hard yards at the domestic level to land lucrative contracts with their respective franchises.

One of the young guns to watch out for in this tournament is Mumbai batsman and Under-19 star Yashasvi Jaiswal. The tall southpaw, who scored 400 runs and was the highest run-getter in the Under-19 World Cup last year, was picked up by Rajasthan Royals (RR). The 18-year-old, who brings a fearless approach to batting and became the youngest ever to score a double hundred in a List A cricket, smashing 203 off 154 balls in a Vijay Hazare tie against Jharkhand, has been identified as a standout and one to be nurtured and harnessed for the future.

The IPL will not only provide him the biggest and best platform to showcase his talent but also pick the brains of senior colleagues at the Royals and other franchises. It will enable him to pick up valuable tips to fulfill his potential.

The young lad, who sold paani puris to fund his cricketing aspirations and lived in squalid cricket camps during his years of struggle, has played 13 List-A matches, scoring 779 runs at an average of 70.81 and a strike rate of 91.53. In just 13 innings, he picked up 3 fifties and the same number of hundreds, showing an insatiable appetite for runs.

Another promising young talent who will be making his IPL debut this year is Maharashtra batsman Ruturaj Gaikwad. Seen as someone with a potential to win an India cap, the 23-year-old was picked up at the players’ auction by Chennai Super Kings (CSK). Sharing the dressing room with the likes of the talismanic MS Dhoni, Shame Watson and Dwayne Bravo will be an ideal learning experience for the lad, who has amassed 1,349 runs in 21 matches, with 6 fifties and 4 hundreds. He has fared even better in List A cricket, tallying 2,499 runs in 54 matches at a strike rate of 98.00. He has already racked up 16 fifties and 6 tons in List-A games.

Though his tryst with the IPL didn’t start off on a bright note as he tested positive for COVID-19 and was isolated, he’s now out of quarantine and can focus on his cricket.

Another cricketing wonderkid, who will be launching his IPL career this year, is young Rajasthan leg-spinner Ravi Bishnoi. Easily the standout bowler for India in the Under-19 World Cup, he picked up 17 wickets, the highest in the tournament. He will represent Kings XI Punjab (KXIP) in the cash-rich tournament. While playing alongside the likes of KL Rahul, Mayank Agarwal and ‘Universe Boss’ Chris Gayle, among others, will be an experience of a lifetime for the fiery bowler, he will also get to pick up valuable advice from head coach and spin great Anil Kumble.

The 20-year-old has picked up 8 wickets in 6 List-A matches, with his best being 3/49. He has also featured in 6 domestic T20 matches, picking up 6 wickets at a strike rate of 21.0. He nearly took India to a win in the World Cup final, picking up 4 wickets.

Yet another India hopeful and Under-19 star Kartik Tyagi will also mark his IPL debut this year. The speedster, who impressed with his sharp yorkers and ability to extract movement and bounce in the Under-19 World Cup will play for Rajasthan Royals.

Seen as a bright India prospect in the Bhuvaneshwar Kumar mould, the 19-year-old from Uttar Pradesh has played just one first-class match, so far, in his young career, picking up 3 wickets. His tally in List-A matches stands at 9 wickets from 5 matches, with a haul of 3/29 being his best. His maiden IPL stint will also see him make his debut in the shortest format.

Among the young overseas recruits who will be launching their IPL careers this year is promising 21-year-old England opener Tom Banton. The right-hander from Somerset impressed one and all with his range of strokes in the T20Is he featured in this English summer.

Banton, who also represents the Brisbane Heat in the Big Bash League and will mark his IPL with Kolkata Knight Riders, has scored 134 runs from 6 matches, with a highest of 58. He has featured in 9 T20Is for England, scoring 205 runs at a strike rate of 143.35. His highest in this format is 71.

Also making his IPL debut this year is the hugely promising Australian all-rounder Daniel Sams. The right-handed batsman, who also bowls handy fast medium, was picked in the Australia squad for the ongoing limited overs series against England on the weight of his performances for Sydney Thunder in the BBL and domestic cricket back home. He will replace England opener Jason Roy in the Delhi Capitals squad.

Another upcapped Australian to make his IPL debut this year is Chris Green. The South Africa born off-break bowler, who was drafted into the KKR squad, has picked up 74 wickets from 93 matches at a strike rate of 24.6. His best in this format is 4/14.

While the premium-priced marquees are expected to light up the IPL as they do most seasons, don’t be surprised if this crop of young and the fearless hogs the headlines too.