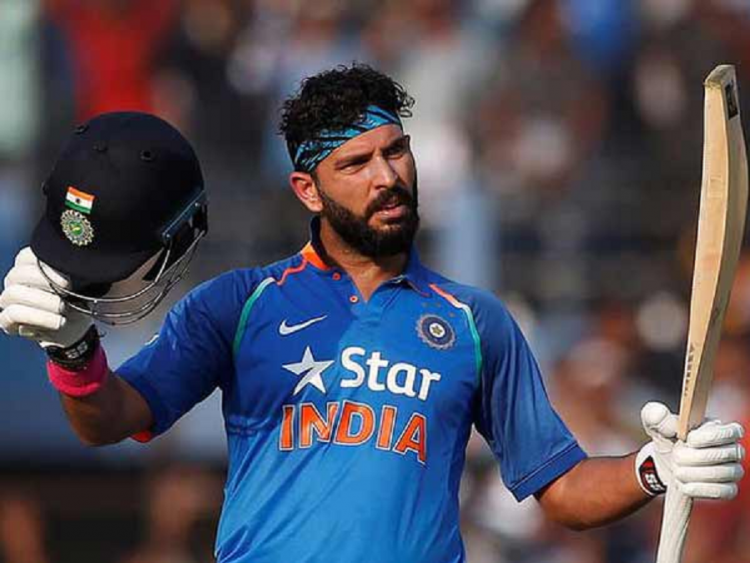 What’s Yuvraj Singh up to these days? Has he settled into an unhurried post-retirement life, far and away from the 22 yards that he once lorded? Is he about to join the Indian cricket Board’s approved panel of commentators which has many of his peers – VVS Laxman, Rudra Pratap Singh, Irfan Pathan, Virender Sehwag, and Mohammad Kaif?

Or is he entertaining thoughts of quietly keeping himself busy in a coaching and mentoring role like a certain Rahul Dravid and rock the cradle that holds the future of Indian cricket?

Well, it turns out that the southpaw, who still commands the same adulation and following as he did in his playing days, is yet to reconcile with the idea of being away from the game. Far from making peace with a post-retirement life, Yuvraj is thirsting to be back in play and has written to the Board of Control for Cricket in India (BCCI), seeking its consent to start training for domestic cricket.

According to media reports, the Punjab Cricket Association (PCA) made him an offer to come out of retirement for the good of Punjab cricket.

While it is understood that the primary motivation behind his decision to return to the thick of action is to help his state lift the Ranji Trophy for the first time since 1992-’93, a report in the Hindu said the southpaw has consented to making himself available for Punjab in the T20 format, as of now.

The daily reported that the PCA had literally been at Yuvi’s ears, urging him to reconsider his decision to step away from the game. It’s been more than a year that the much-adored southpaw bid goodbye to all forms of cricket.

Reports suggest that it was PCA secretary Puneet Bali who first made Yuvraj the offer to come out of retirement.

Speaking to Cricbuzz, the southpaw, who was voted Player of the Tournament in India’s successful run to the 2011 World Cup, said, “Initially, I wasn’t sure that I wanted to take up the offer. I was done with domestic cricket, though I did want to continue to play in other domestic franchise-based leagues worldwide if I got permission from the BCCI.”

“But I also couldn’t ignore Mr. Bali’s request. I gave it a lot of thought, for nearly three or four weeks, and it was almost as if I didn’t have to make a conscious decision in the end,” Yuvraj said.

Yuvi realised that his passion for cricket hadn’t died when he was working with four of Punjab’s future stars – Shubhman Gill, Abhishek Sharma, Prabh Simran Singh and Anmolpreet Singh.

“We want him in the team and the way he mentored four young boys – Shubhman Gill, Abhishek Sharma, Prabh Simran Singh and Anmolpreet Singh – was exceptional. I told him please give at least one more year of your life to Punjab cricket,” Bali told PTI.

Yuvi has made no secret of his desire to play the Big Bash League and Cricket Australia is believed to be looking for a franchise that might be interested in his services. A report in the Indian Express quoted Yuvi’s manager Jason Warne as saying, “We’re working with CA to try to find him a home.”

Since retirement, Yuvi has featured in the Global T20 event in Canada.

With the BCCI boss, and, more importantly, his former captain unlikely to say no to Yuvi returning to cricket, it shouldn’t be long before the cricket world sees the flamboyant southpaw doing what he does best – sending the cricket ball into orbit and making bowlers go weak in the knees.