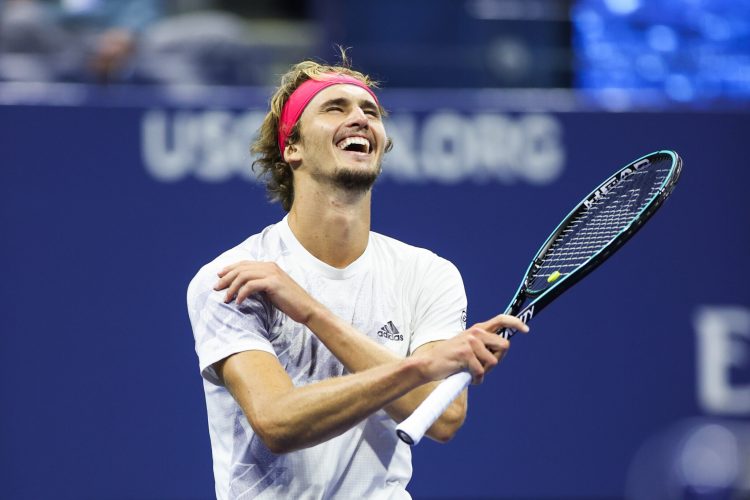 Though a favourite to progress to the title-decider, the last-4 encounter against Spaniard Pablo Carreno Busta wasn’t billed to be a stroll for the World No.7 German. And so it turned out to be at the Arthur Ashe stadium on Friday as the German had to scrap for every point and cover every inch of the court till his limbs nearly gave out.

At the end of the marathon and fiercely fought five-setter, it almost seemed unfair that the battle had to pick a winner between two evenly-matched combatants. However, as is the nature of this sport, or any sport for that matter, there had to be a winner and it was the German.

Perhaps overcome by the sense of occasion, the German got off to a nervous start and the Spaniard cashed in big time, claiming a service break off him and taking the opening set 6-3. Just to prove that his winning the first set was no flash in the pan, the 27th-ranked Spaniard cranked up a gear in the second. With shots all around the court, Busta left the German clueless and searching for answers. What didn’t help his cause one bit was the unflattering tally of 36 unforced errors in the two sets. He fared even poorer in the second set than he did in the first, dropping it 6-2.

However, just when the Spaniard, up by two sets, had the final firmly in his sight, the German scripted a remarkable comeback. As if fed by a fresh burst of zeal and driven by a sense of purpose, it was a different Zverev in play in the remaining three sets. The tide turned as the German took the remaining three sets 6-3, 6-4, 6-3, booking himself a place in the final, which had seemed unlikely in the opening two sets.

Sharing his thoughts on the game in the post-match presser, Zverev said, “I looked at the scoreboard after two sets. I thought to myself, ‘Look, I’m playing a Grand Slam semi-final. I’m down 6-3, 6-2 in a match where, on paper, I’m supposed to be the favourite’. I needed to play better, start something new. I thought, ‘Ok, I’m going to go set by set, we’ll see how far I can get’. It turned out well in the end.”

The second semi-final unravelled in a manner starkly different from the first as Thiem came through in straight sets against 5th-ranked Russian Daniil Medvedev. While the match didn’t stretch to another five-setter, there were certain lost moments which could have turned it the Russian’s way.

While the eventual scoreline stood 6-2, 7-6, 7-6 in the Austrian’s favour, it couldn’t mask the fact that the Russian was in the game for a large part and could even have won it, had he not blown his chances. The two traded fierce strokes off the baseline and, for a large part, in the second and third sets, it looked as if they couldn’t be separated other than by a tie-breaker. And so it turned out in the end as the Austrian bested the Russian in tie-breaks twice in two sets, denying the latter a chance to make his second straight US Open final.

Speaking after the game, Thiem, who became the first from his country to enter the final of the year’s last major, said, “That was a great match, on a very high level. (It) was probably the toughest straight-set win I’ve ever had. I mean, could have easily been one, two sets down. He served for set two and three. Luckily, towards the end of both these sets, I played my best tennis.”

Sub Title: The German sets up Sunday showdown with the Austrian after fighting back from sets down to beat the Spaniard. Thiem wins in straight sets against last year’s finalist Daniil Medvedev